When the last will and testament of a recently deceased Mother is read. Her plans of the reconciliation between her husband and grown up son begins. This is the very basic premise of The Caravan, directed by Simon Powell and starring Mark Sheals as “Keith” (The Husband) and Darren Connolly as “James” (The Son) in what I can easily describe as one of the most touching and most heart warming films of the year.

Set primarily inside (and just outside) a caravan, we see the highs and the low of this very fractured relationship as they try to not only coexist with each other but also try to battle their own demons.

Whilst the film is only around the hundred minute mark, by the time I hit the end credits, I felt as if I had spent far longer with these characters and thats a great thing. Wonderfully crafted and realistic dialogue placed in situations that a lot of us have faced but all of us know someone who has gone through this sort of situation with a friend or relation. Keith and James will remain in my mind far longer than the hundred minutes I spent with them.

Over the years I have watched thousands of films, in fact this year so far I have watched sixty three films and The Caravan sits there in my top ten of the year (so far) and earns itself a place in most memorable and touching films that I have seen. I watch films because they entertain, they educate and they bring out emotion. The Caravan is a gem….and as a film fan, finding a gem of a film is a fantastic feeling. 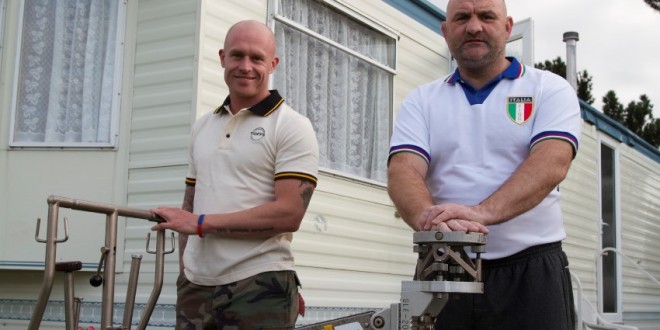 For fans of the type of films made by Shane Meadows, drama with pure realism.

Shirley Henderson (Filth, Harry Potter and the Goblet Of Fire),