The Sixth Sense brought him to our attention. although he was Forrest Gumps child. Pay it Forward made us cry (unless you are a stone cold hearted creature), Some people hated it, some people loved it, AI(Artificial Intelligence) but where the hell did Haley Joel Osment vanish too after these films?

Well turns out the now 24 year old (scary huh) has been doing a lot of voice work for video games, and television shows. (Kingdom Hearts, Jungle Book 2 etc etc) but we miss him on screen.

Apparently he is returning this year in two projects but neither of which are the major films that I thought Haley would end up starring in. He appears to have gone the way of the Culkin. Hope all is well Haley…return to our screens soon.

Strangest thing I found and this will make you realise how fast time flies.

Haley in The Sixth Sense 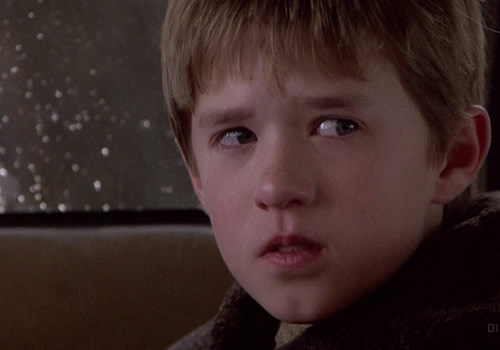