I like the anticipation of a film. Although sometimes it works and sometimes it doesnt. Have you ever looked forward to watching a film and then felt let down when you saw the end result?

But not this evening.

This even we cut short out Back To The Future Trilogy showing to slot in a film that I purchased on DVD this morning. Its a film that I have been waiting many weeks to see, ever since I saw the trailer for it a while back. 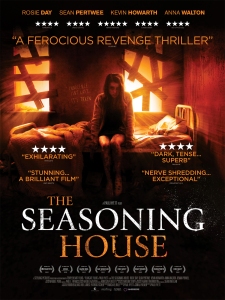 I fully intended to pick the DVD up on its release day (which I did) after a very long and failed attempt to get a screener for the film in order to review the film. But I would never ‘punish’ a distributor for not chucking a free film my way, far from it. I pride myself on being just a film fan who happily pays money for films and gives out credit where credit is due, and my god does The Seasoning House deserve a ton of credit.

Annette (who runs the book side of frompage2screen, called frompen2page) asked me ‘what genre would you put the film in?’ Good question.

Im often not a fan of labeling films. But Psychological Horror/Thriller perhaps if I just had to slide this film into a ‘type’

For those not familiar with this film. The premise is 90s The Balkans.

An area of grim reality, war, murder, brutality and definitely not a world that I would want to live in thats for damn sure. But people did live in that world and I am pretty sure this film most definitely doesn’t add grim moments for the sake of it. 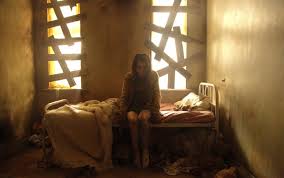 The Seasoning House  where young girls are prostituted to the military. An orphaned deaf mute is enslaved to care for them.

Thats pretty much all the story details that I am willing to share in this so called review. Part of the power of this film is not knowing whats going to happen to who, where, why what and so on.

Annette & I watched this film together, She had her pillow with her to screen her from some very grim moments indeed, and I opted for the quick turn away maneuver (because I didn’t have a pillow) 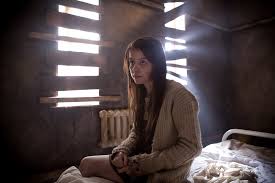 Everything about this film was brilliantly done. The cinematography, the score, the script, the locations. Everything was spot on. Fantastic directing debut by Paul Hyett (who has worked on films like Doomsday, and The Descent)

But for the absolute highlight was in the main casting of ‘Angel’ who is the main focus of the film. Perfectly portrayed by Rosie Day, the film hinged upon Rosie’s performance as the deaf, mute girl forced to care for girls imprisoned in The Seasoning House. 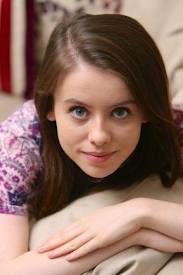 Because she is mute in the film, she has no lines (of course) so Rosie’s performance relies solely on physical acting and facial expression and she knocks it out of the park.

This film easily slides into the Top 10 of my year and easily ranks alongside such British classics as London to Brighton which whilst grim and violent, can still be such an amazing film to watch and recommend.

Rosie Day bags herself a ‘performance of the year’ in my list of standout roles. She is amazing.

The Seasoning House  doesnt pull its punches (and neither does Rosie) it has its violence thats for sure and that might not be to everyones ‘cup of tea’ but The Seasoning House is a fantastic film that will hammer you in the stomach several times.

But a film like this needs to hammer you. It gives you a glimpse of a harsh reality that we don’t often see. But be warned.

After watching this film. Stick on a comedy or something light hearted. Youll need it.

I tweeted earlier in the week that I was very much looking forward to this film and it would be great but that I also knew it would disturb the hell out of me.

I was right on all counts. 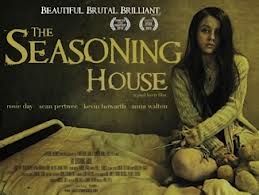 One thought on “The Seasoning House, What did I think?”