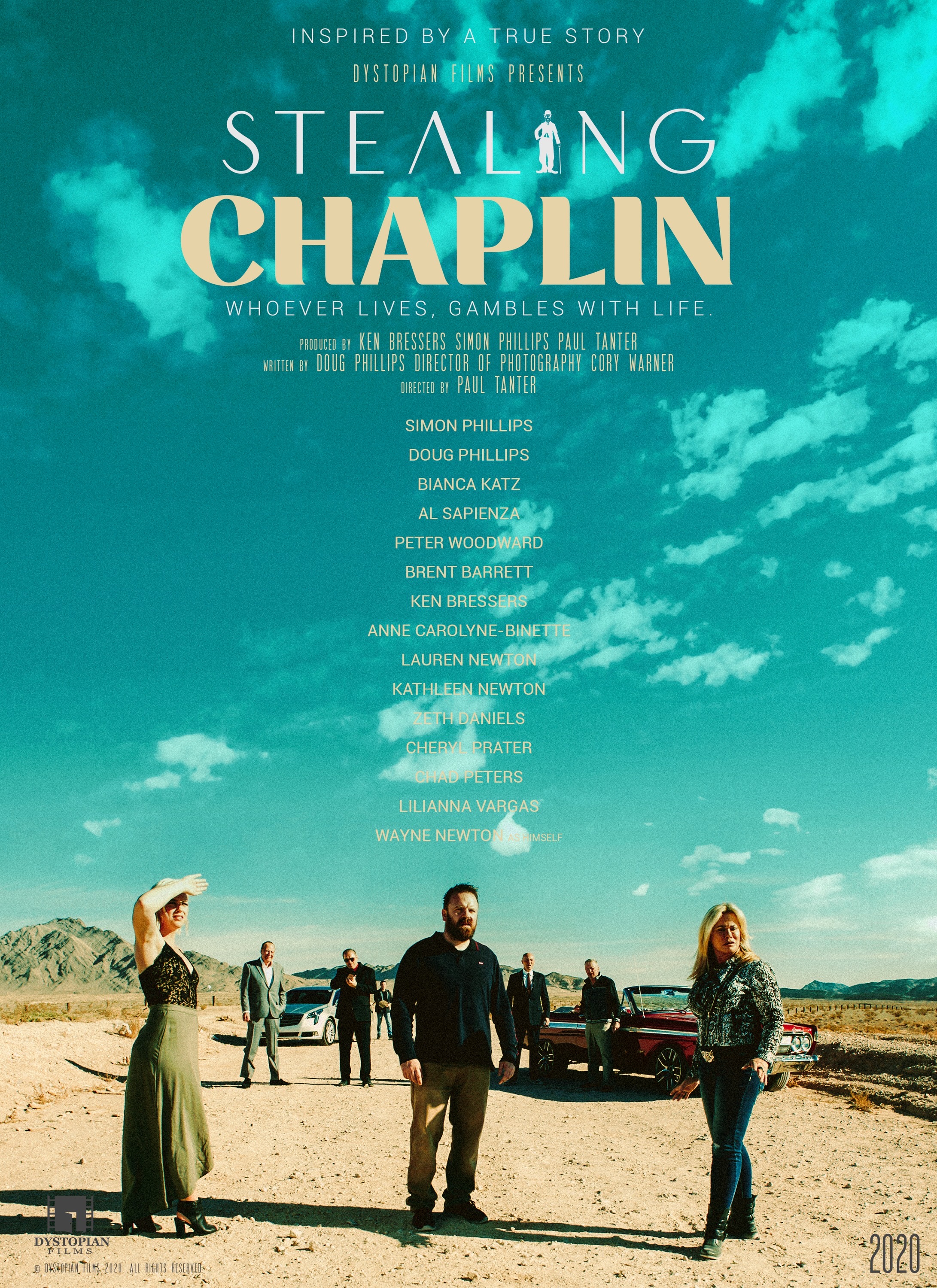 In one of history’s most famous cases of body-snatching, two men steal the corpse of the revered film actor Sir Charles Chaplin from a cemetery in the Swiss village of Corsier-sur-Vevey, located in the hills above Lake Geneva, near Lausanne, Switzerland, on March 1, 1978. Now in this alternate reality but still based on the real life true story the latest film by Paul Tanter (Rise of The White Collar Hooligan, No Easy Days) takes us into the world of brothers Terry (played by Doug Phillips) and Cal (played by Simon Phillips) visit the Las Vegas graveyard where Charlie Chaplin is buried and steal his body in the hope of selling it to help pay off the $30,000 debt they owe to a loan shark ( and to pay off their $1500 rent bill)

Stealing Chaplin is a  wonderful zany caper movie that is such a joy to watch and whilst the film focuses of course on grave robbing, the film is a pleasure to watch with the onscreen dynamic between Terry and Cal being a highlight and a joy to watch. Their rapid dialogue is pure comedic tennis with Simon Phillips once again being a natural when it comes to this type of role with his likable rogue charm fitting the character perfectly.  The film is completed with a wonderful supporting cast (including a small role by the films director Paul Tanter) and newcomer Bianza Katx as potential love interest Helen being a fantastic addition to the film.

Beautifully filmed, edited, and  paced, Stealing Chaplin is just what we need at this time, something to take our mind of the news, and something to put smiles on our faces and remind us that movies are fun. Director Paul Tanter (with a story by Doug Phillips and Simon Phillips) have created another winner in my book and you should definitely check the film out when you can.

STEALING CHAPLIN lands November 13th in movie theatres across the U.S. – a release the filmmakers secured directly with over a dozen cinema chains in 19 States.