Multi award winning short film director Matt Routledge tackles his second full feature with a brutal stylistic Horror Action genre movie ‘ TRIBAL – Get Out Alive. The film started production in March 2019 and is due to wrap in a few more weeks
as it begins its journey into post production but has already received a lot of attention and interest on the circuit and ive been keeping up to date with filming through their official Facebook page. Shot totally in Liverpool, UK, the film is produced by two UK companies, Wildstyle Productions and OTM Film and expectations are the film is
looking for an early 2020 release world wide . 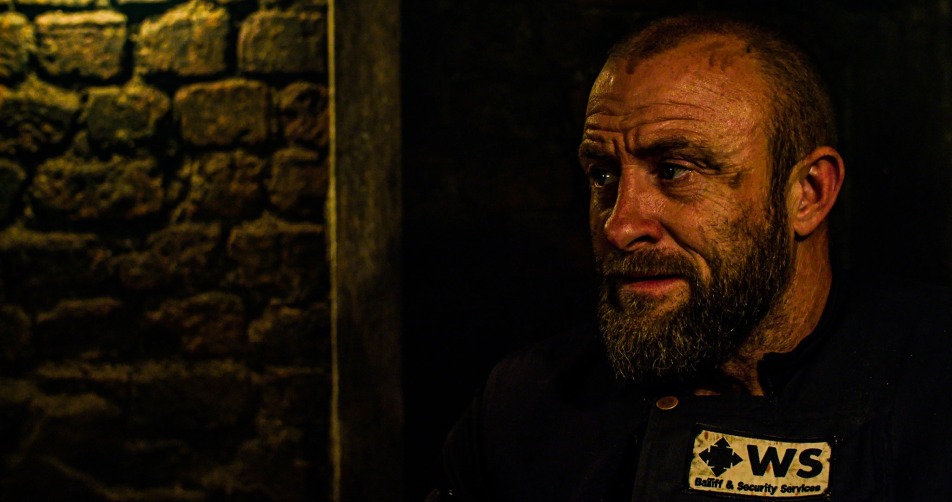 Starring UK based but worldwide known action star Zara Phythian ( He Who Dares, Cannibals & Carpet Fitters, Marvels Doctor Strange), who also produces for the first time and re unites on film set with lead male actor Ross O’Hennessy (Avengement, Backdraft 2) along with Rachel Warren, Grayson Matthews and introduces World Martial Arts Champion Thomas Dodd ( Dragon Kingdom, Redcon 1) in his first main role. The film also features Lamissah La Shontae (who is appearing in my own trilogy of short films later in the year and for me was a pleasure to work with. Ive also had the pleasure of chatting with Ross and Zara in the past and with talent of this calibre, I know just how passionate this crew is when it comes to the focus on a project.

Tribal Get Out Alive takes us into the story of ex elite military personnel Caitlin Ross (played by Zara Phythian) who retires from service after suffering from PTSD. Along with former team member and close friend Brad Johnson (played by Ross O’Hennessy), they opted for the ‘easy life’ and now lead a small security firm. The company are hired by young, troublesome millionaire Richard Kenning (played by Thomas Dodd) to clear and secure the land and property he has recently inherited. Rumours and stories surrounding the land and buildings are dismissed until people start disappearing and the team end up locked in with no escape. It soon becomes apparent they are being hunted and the race is on to get out alive.
With such talent the action is expected to be blistering and brutal and production have released the first look behind the scenes with a short BTS teaser ahead of releasing some interviews and stills over the next few weeks before they drop the first trailer in September.

Click on the poster to head to their official Facebook page and keep yourself updates with news, photos and clips