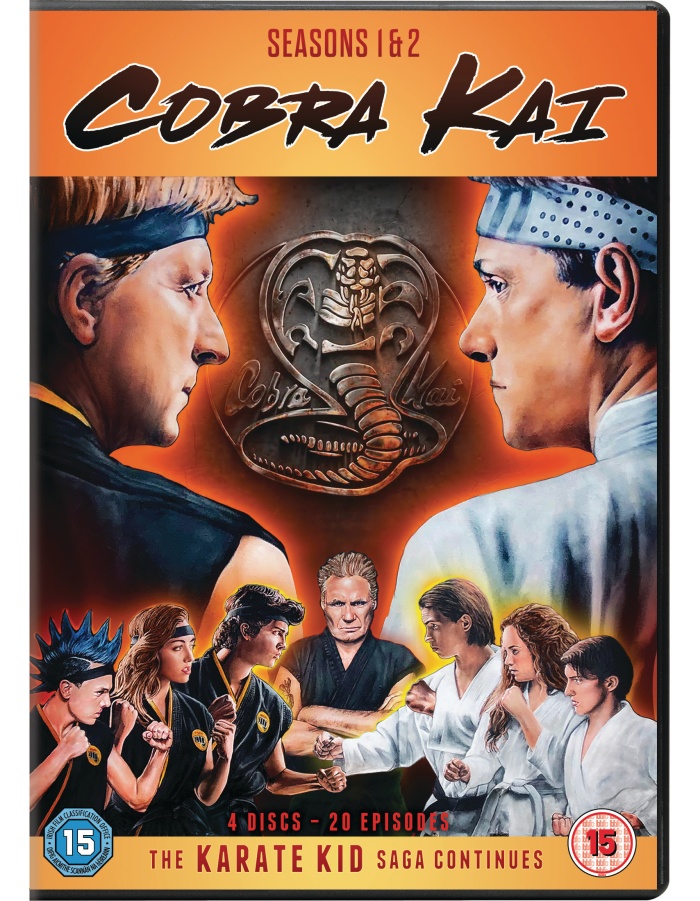 Not only one of the best TV shows of recent years, but also one of the surprise hits of the past couple of years (who would have thought, a spin off from The Karate Kid movies would work, but it certainly does)  The highly-anticipated return of two iconic characters, the arch-rivals from the legendary The Karate Kid film series reunite in COBRA KAI Seasons 1 & 2, available on DVD on May 4 from Sony Pictures Home Entertainment.

Starring the original Karate Kid Ralph Macchio, who resumes his role as Daniel LaRusso, and William Zabka (TV’s How I Met Your Mother) as Johnny Lawrence the series continues thirty years after the events of the 1984 All Valley Karate Tournament. Johnny Lawrence’s life has taken a rocky turn as he tries to forget a past that constantly haunts him. He seeks redemption by reopening the infamous Cobra Kai karate dojo. But the LaRusso-Lawrence rivalry of yesteryear is reignited when their lives become intertwined with the next generation of “karate kids.”