With many thanks firstly going out to October Coast, a wonderful PR company that is easily one of the best around that supports a wide range of creative people, they helped me get some time with filmmaker Mark Heidelberger who has taken part in Season 2 of Spending Time With… A great read for all those interested in filmmaking but also for those interested in reading what people do and how they do it. 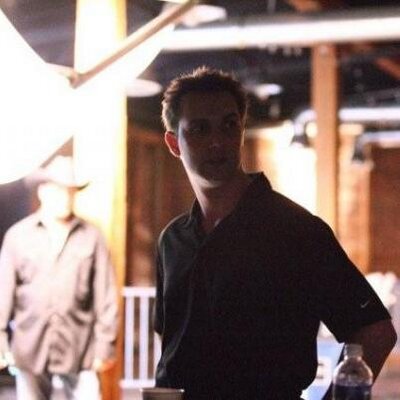 When people ask you ‘so, what do you do?’ How do you introduce yourself?

I love that question. “So, what do you do?” It’s like this rite of passage in Hollywood. If you’re answer is interesting enough, they may stick with the conversation long enough to see if you can do something for them. Otherwise, ten seconds in and they’re already scanning the room to see if there’s someone else they should be talking to. My usual reply is, “I’m a content producer.” Not quite as glitzy as “film producer,” but more encompassing and indicative of today’s environment. And just maybe they stick with the conversation long enough to find out what that means exactly.

Depends on my role. If I’m just a producer, I usually find the craft services table, grab a coffee, and then wander over to video village where I hover over the script supervisor’s shoulder, all while trying to look as authoritative as possible mind you. Hopefully I can enjoy myself a little bit, because if I did my job well, that’s where you’ll find me – in my chair by the monitor. If I’m running around the set putting out fires, I didn’t do something right in prep. On the other hand, if I’m also the line producer or UPM, I’m usually one of the first ones in, speaking with my keys to make sure we’re all getting settled, answering questions, establishing protocols, and chatting with the director on the game plan for the day.

Yeah, I suppose I have a few. My favorite, though, is the one I enjoy with my 2nd AD the night before production is to start. As we’re wrapping up our work, we head outside for a smoke (a cigar for me) and a drink (single-malt scotch). While the 2nd is confirming crew, I call the director and wish them good luck. It’s been a ritual of mine for the last 18 years or so. And when the calls are done, we just relax and take a breath – the calm before the storm. 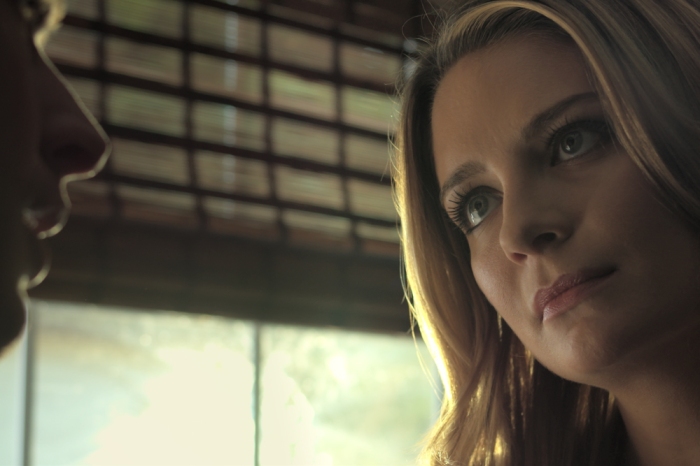 “The Truth about Retirement Plans and IRAs,” by Ric Edelman. I’m a bit of an investment wonk.

I’m not one of these people that binge-watches and I’m not especially into a lot of the popular shows on Netflix or HBO. But I do have a few guilty pleasures – “Impractical Jokers,” MTV’s “The Challenge” and “The People’s Court” with Judge Marilyn Milian (I love a good court TV show).

I honestly don’t get starstruck. Stars are just people like you and I, right? But if you put a gun to my head, I guess I’d say it was a little thrilling to be in the presence of Bill Murray, whom I crossed paths with once on the set of Angie Tribeca.

This actually helps explain my previous answer. So, I saw Ghostbusters in the theater four times in 1984. I was about seven years old. I think my mother was going to blast me with a proton pack if I made her go see it one more time. But it’s honestly the movie that made me want to work in movies, so Bill Murray, Dan Aykroyd, Harold Ramis, director Ivan Reitman – these guys obviously had a profound influence on my given career choice.

Getting the script right, for sure. That’s the blueprint for the building. Once the script is there, the rest is just following the process. Sure, there’s creative bumps the entire way from page to screen, but man, if that script isn’t where you need it to be when you start pre-production, you’re in trouble. You can make a so-so picture from a great script, but you can’t make a great picture from a so-so script. And what you don’t do in development affects your pre-pro; what you don’t do in pre-pro affects production; what you don’t do in production affects post; and what you don’t do in post affects the product you’re releasing to the world. It all starts with that script. I approach it methodically though. I had a great development mentor in Meg LeFauve, who was Jodie Foster’s producing partner for a while. She taught me a lot of the mechanics behind script development, and I feel like I’ve been able to apply that during the development process to get a good blueprint.

My grandfather told me, “If you love what you do, you’ll never work a day in your life.” Best piece of advice I ever got and something I still live by today.

I’d get rid of all the politics. Figuratively and literally. 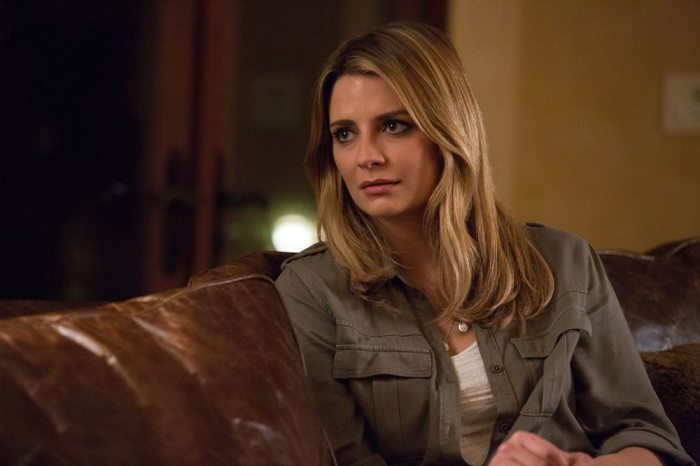 Only the good ones.

If you had to make a ‘bucket list’ of people you’d love to work with, tell me one name who would be on it.

Might as well stick with Bill Murray at this point.

Jeez, does anyone really like night shoots? I’d love to meet that guy. Sometimes I think if I get one more script across my desk that’s 75% night exteriors, I’m going to commit seppuku.

So many choices, so little time. Off the top of my head, I remember shooting a music video called “Summertime Anthem” in this park in Boyle Heights maybe ten years ago. Nothing you’d put on a postcard. Plus the artist showed up three hours late. And we were warned about gangs in the area, which lead me to bring in armed security. But as we started filming, people in the neighborhood came out to see what was going on. They set up picnics, hung out and we even used some of them as extras. I guess what made the place memorable was the way everyone seemed to embrace the production, behind and in front of the camera, and it really came through in the video. Not only that, but by some miracle we finished two hours early. That never happens.

Office Space. I’ve been a fan of the “O face” for years. Oh, and Step Brothers. Adam Scott’s performance in the first dinner table scene is hilarious.

The first Paranormal Activity had me waking up every two hours for a week because I kept dreaming my wife was just standing over me, staring at me while I was sleeping. (Fortunately, she wasn’t.)

What film do you love that you feel most people might not be aware of?

There are a few underrated comedies from my youth that have seemingly reached almost cult status and that a lot of the Gen Y crowd has never heard of. Off the top of my head, I’m thinking about Real Genius with Val Kilmer, Better Off Dead with John Cusack and The Ref with Denis Leary. There’s also a great mockumentary in the vein of Christopher Guest about a couple of dimwits trying to make a biblical movie called And God Spoke. If you can manage to get your hands on a copy, I highly recommend it

The first music video I ever shot was for an R&B group called The Real Seduction. It was one long shoot day across two locations – a house in Topanga Canyon and a downtown LA rooftop. I was on set for almost 22 hours straight. I said I would never let that happen again. And guess what? I haven’t. My shows do 12-hour days and that’s it.

Do you have any props or keepsakes from your films?

Yeah, a few. I have a bottle of “Martin’s hot sauce” from Comfort. I think I have a pair of socks I wore during my cameo role in Ninja Apocalypse – these cool red ones with little ninjas on them. Oh, and I have the brown bandana Lil Rob wore in the “Summer Nights” video, which was a pretty popular song back in like ‘07.

Getting my wife to marry me.

Have you ever gotten someone’s autograph? Which is the most memorable for you?

When I was in middle school, I had this terrible crush on an actress named Brooke Theiss. She was the hot blonde daughter on a show called Just the Ten of Us. Anyway, I was resourceful enough to track down her agency, which I proceeded to call like every other day. But since I was 11, it was cute instead of creepy and the receptionist took a liking to me. Well, apparently, one day Brooke came into their office and the receptionist told her about me, so they decided to call my house to say hi. But wouldn’t you know that I was in school and missed the call. I found out the next time I spoke to the receptionist and vowed to play hooky if she could just give me a heads up next time Brooke was stopping by. I never did get to speak to Brooke directly, but they sent an autographed photo, which was a nice consolation prize.