ROGUE WARRIOR : ROBOT FIGHTER, described as a mix of “Mad Max” and “Star Wars”, is a science fiction film set in the distant future depicting the overthrow of humanity by artificial intelligence on Earth and other worlds. Tracey Birdsall plays Sienna, a resourceful rebel on a quest to take down the evil empire of robots. 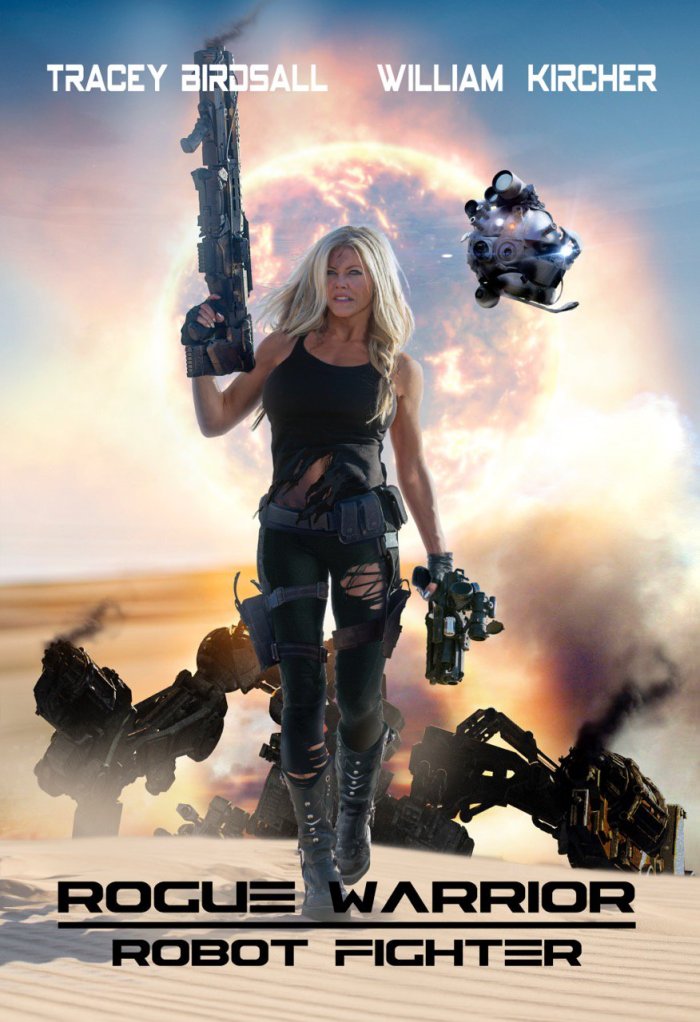 Starring alongside Tracey Birdsall are William Kircher (‘The Hobbit’’), Daz Crawford (‘’Agents of S.H.I.E.L.D.’’), Stephen Manley (‘’Star Trek III’’), and Marilyn Ghiggliotti (‘’Clerks’’). Neil Johnson directs.another fun filled film that can be seen on this world, but is out of this world.
A few decades from now… Sienna, a rebellious robot-fighting arms dealer, lives on a post-apocalyptic Earth. When the cities start to fall under the control of the A.I. Scourge, a hyper-weaponized robot army, Sienna decides to leave the Earth and journey to the centre of the galaxy, seeking a mythical weapon that can neutralize any form of A.I.

Pursued by giant machines, Sienna loses everything she cares about in an effort to save the last vestiges of humanity in an A.I. controlled galaxy.

You can read my own thoughts not the film HERE