INTERNATIONAL STAR Ashley Jensen (Catastrophe, After Life) returns as the titular, beloved amateur detective Agatha Raisin, in the hit series, that sees hersolve murder mysteries in a sleepy Cotswolds village, all while sporting
a fabulous wardrobe and dangerously sharp wit. Based on the best-selling novels by M.C. Beaton, the third series of Agatha Raisin airs this June on Sky One and new streaming service AcornTV. Agatha Raisin Series Three arrives on DVD and digital alongside the Agatha Raisin Complete Series One – Three Box Set on 6 July from Acorn Media International.

Glamourous PR-executive Agatha Raisin turns sleuth in the picturesque Cotswolds after her planned retirement to the country sees her become the prime suspect in a murder investigation. Armed with her trademark tenacity and fashion flair, along with help from her assistant Roy (Mathew Horne – Gavin & Stacey) and her trusty roster of friends: ladies’ man Sir Charles Fraith (Jason Merrells – Waterloo Road), cleaner Gemma (Katy Wix – The Windsors), nosy neighbour Mrs Boggle (Marcia Warren – Don’t Forget the Driver) and paramour James (Jamie Glover – Waterloo Road), Agatha takes up the detective mantle to uncover the perpetrators of a series of heinous and strange murders, lurking in the quaint village of Carsely.

The new series sees Agatha drumming up business for her new detective agency by investigating a legendary haunted house and even enrolling in dance lessons after disaster strikes a young woman’s engagement party. She must put her detective skills to the test when she investigates the death of a woman James is seen arguing with, in an attempt to clear his name, and when a roast pig at the Winter Fayre turns out to be a human corpse, DC Bill Wong (Matt McCooey – Invizimals) must lead the investigation under strict instructions to keep Agatha out of it…luckily for him, Agatha’s not so easy to keep away from the action! 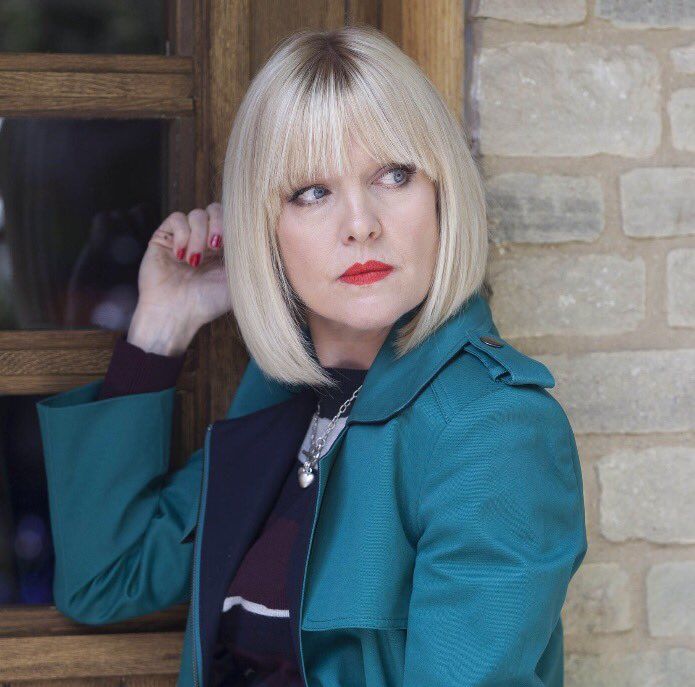