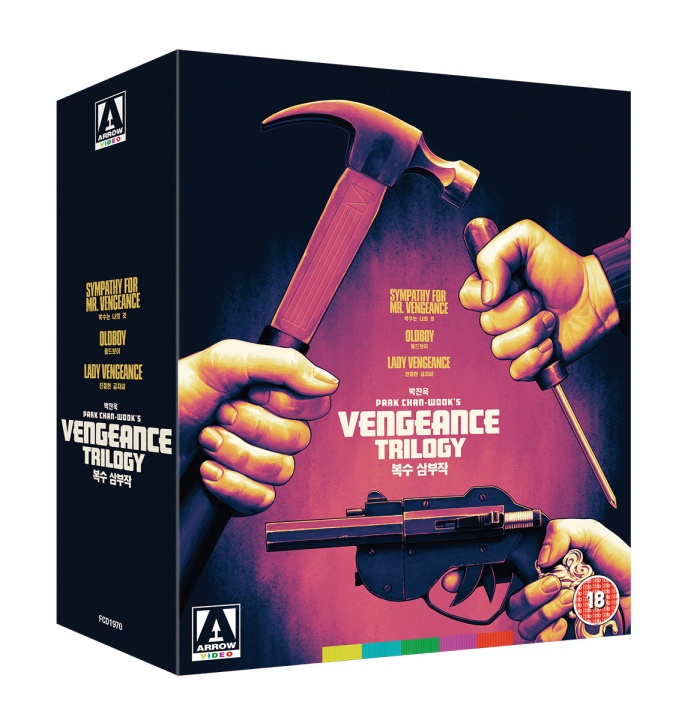 Sympathy for Mr Vengeance tells the harrowing tale of a young deaf-mute man, Ryu, who kidnaps a wealthy businessman’s daughter in an attempt to extort money to pay for his sister’s kidney transplant. A terrible accident sets the child’s father on a fateful path of revenge.

Oldboy tells the grisly story of Oh Dae-su, a normal man inexplicably imprisoned in a grim hotel room-like cell for 15 years without knowing his captor or the reason for his incarceration. Eventually released, he searches for answers and retribution.

Lady Vengeance tells of Lee Geum-ja, a model prisoner serving a sentence for a murder she did not commit, who plots a dastardly revenge against the real murderer when she gets out.

DISC ONE – SYMPATHY FOR MR. VENGEANCE

The Vengeance Trilogy – On Blu-ray 9 December