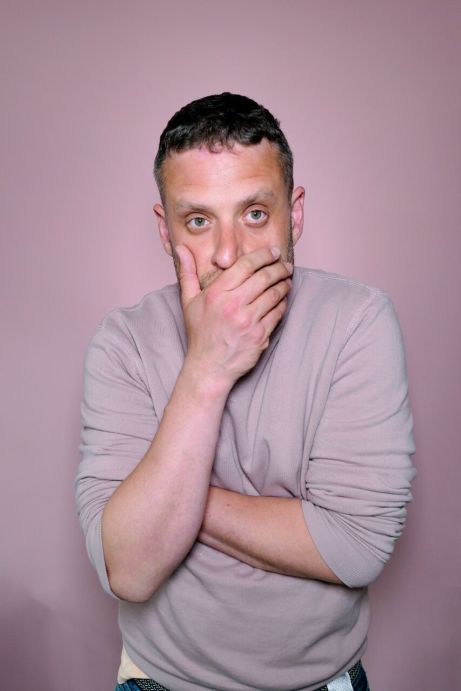 “A seemingly scattershot , hodgepodge of bits, moving in and out of reality coalesced,

for me, into a funny, abstract, intimate and actually quite moving portrait

of a silly man with a wife and a child and a dog.” Daniel Kitson

stand-up and perform again” ★★★★ The Scotsman

“His quietly off-kilter musings inspired by experiences, both every day and extreme,

are as funny as they are compelling.” ★★★★ Chortle

“A delicious hour of silliness” ★★★★ Metro

“a lovely hymn to individuality” ★★★★ iNews

Have you ever had a day where you speak to no-one, until you are not even sure how you talk? Well it’s been like that for William, but instead of a day, it was nine years.

After a huge sabbatical and a mighty return to the Fringe last summer, William Andrews Is back at the Soho Theater to carry on where he left off. His show is about finding his feet and his voice again. It’s something like a self portrait, daftly creative with canny surprises, this cult idiot is wholeheartedly embracing the Willy he always was.

Gloriously directed by Hamish Macdougall (Joseph Morpurgo ‘Hammerhead’ Graham Dickson ‘The Narcissist’), Willy is the best show William has ever done – and please call him William, not Willy – would you be so rude to Myfanwy..?

Yes, he was in Alan Partridge, for like a second, yes, he was in the series of Broadchurch that didn’t make sense, and yes he’s that guy from the tweet about his son falling in nettles – you know the one that 10 million people have watched (whut)? And yes still people congratulate him for his work on Horrible Histories.  He wasn’t in Horrible Histories reader, he just never was.