With the month of March over the half way mark, its time to look forward to the month of April  and Arrow Video’s April line-up is bound to put a spring in the step of film fans, with a mind-boggling Japanese sci-fi, a rare and wonderful giallo, a cult thriller penned by John Carpenter and an 80s horror rarity. As is usual and always impressive with Arrow, all the releases are laden with specially commissioned extras, including interviews, commentaries, and new artwork. 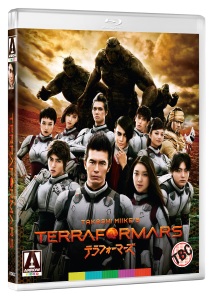 First up, it’s Fist of the North Star meets Starship Troopers, with the amazing Japanese sci-fi chiller Terra Formars from the formidable Takashi Miike (Audition) adapted from the popular Manga series of the same name. It’s a riveting story of astronauts up against mutant cockroaches after a botched attempt to colonise Mars, and the UK home video debut includes a wealth of extra features.

Next is the gloriously excessive giallo The Iguana with the Tongue of Fire, that boasts a rogues gallery of perverse characters, violent, fetishized murders, and one of the genre’s most bonkers red-herring laden plots. The pristine release features a new 2K restoration, a whole heap of extras including a brand new commentary by horror experts David Flint and Adrian J. Smith, and newly commissioned artwork by Graham Humphreys. 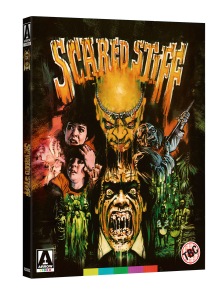 More classics to add to your collections. Which one of these releases is your favourite?