Summer will be bidding us farewell but Arrow Video and Arrow Academy keep things sizzling in September, with the release of the greatest work and autobiography of a French cinema pioneer, a glorious 4K ULTRA HD debut of a beloved Oscar-winning masterpiece about the beauty of cinema, and a pair of blood-splattered Yakuza classics.

This outstanding selection of films include pristine restorations, hours of rare bonus features, brand new commentaries, unseen cuts of the films, as well as collector’s booklets with incisive writing on the filmmakers, and limited edition deluxe packaging and striking new artwork.

In September, Arrow Academy proudly presents an exclusive, limited edition Blu-ray package, George Méliès’ A Trip to the Moon & Autobiography. Méliès, a pioneer of early cinema, as well as an illustrator, magician, filmmaker, and inventor, paved the way for animation and multi-media filmmaking. The release includes his boldest and best known film, A Trip To The Moon, supplemented by the phenomenal documentary, An Extraordinary Voyage, along with a beautiful hardback edition of Méliès’ unpublished autobiography.

At the start of September, Arrow Video release Graveyards of Honor, with two peerless masters of Japanese cinema – Kinji Fukasaku (Battles without Honor and Humanity) and Takashi Miike (Audition) – presenting their own distinctive adaptations of yakuza expert Goro Fujita’s gangster novel Graveyard of Honor, each tapping into the zeitgeist of a distinct period of Japanese history.  Fukasaku’s original 1975 film is shot through with the same stark realism and quasi-documentarian approach as Fukasaku’s earlier Battles Without Honor and Humanity.  Miike’s film captures both the hedonism and nihilism of the modern Japanese crime scene in deliriously stylish fashion.  Both films make their High Definition debut in a sumptuous limited edition packed with new and archival bonus content. 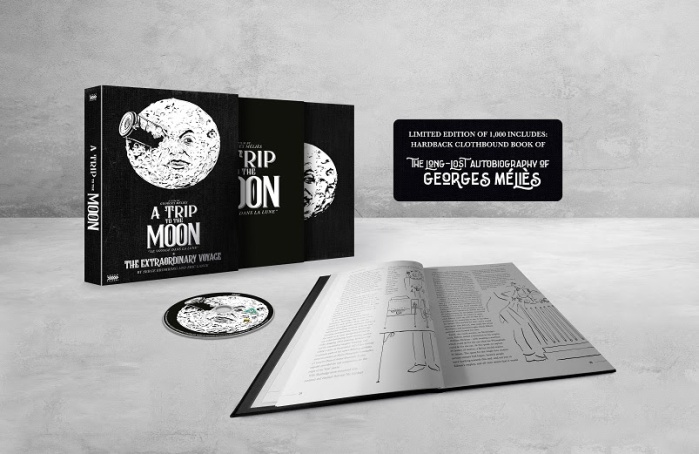 Georges Méliès was not just a pioneer of early cinema, he was central to what we know as film today. An illustrator, magician, filmmaker, and inventor he paved the way for animation and multi-media filmmaking.

Of all of Méliès films, his boldest and most well known is certainly A Trip to the Moon [Le Voyage dans la Lune], loosely based on the writings of Jules Verne. A Trip to the Moon follows a group of travellers who jet off to the moon from earth on an exploration mission only to end up in peril and captured by the local inhabitants, the Selenites. Featuring a who’s who of theatrical cast from the era, with Méliès himself taking a lead role, this is one of the very first forays into sci-fi cinema, and spawned one of the most iconic images of cinema – the man in the moon with a rocket in his eye.

Presented here in both black and white and its original colours, and supplemented by Serge Bromberg and Eric Lange’s phenomenal documentary, An Extraordinary Voyage, along with Méliès’ unpublished autobiography, A Trip to the Moon can now be fully celebrated in this deluxe package.

Two peerless masters of Japanese cinema – Kinji Fukasaku (Battles without Honor and Humanity, Battle Royale) and Takashi Miike (Dead or Alive, Audition) – present their own distinctive adaptations of yakuza expert Goro Fujita’s gangster novel Graveyard of Honor, each tapping into the zeitgeist of a distinct period of Japanese history.

Set during the turbulent post-war years, Fukasaku’s original 1975 film charts the rise and fall of real-life gangster Rikio Ishikawa (Tetsuya Watari, Outlaw Gangster VIP). Shot through with the same stark realism and quasi-documentarian approach as Fukasaku’s earlier Battles Without Honor and Humanity, Fukasaku nonetheless breaks new ground through his portrayal of a gangster utterly without honor or ethics, surviving by any means necessary in a world of brutal criminality.

Meanwhile, Miike’s 2002 retelling transplants the story to Tokyo at the turn of the millennium. Less a direct remake of Fukasku’s film than a radical reimagining of the same overarching premise, Miike’s film captures both the hedonism and nihilism of the modern Japanese crime scene in deliriously stylish fashion, resulting in a fascinating companion piece to the original that nonetheless stands as its own entity.

With both films making their High Definition debut in a sumptuous limited edition packed with new and archival bonus content, Arrow Video is proud to present these two intertwined but unique crime thrillers from two celebrated filmmakers at the peak of their creative powers. 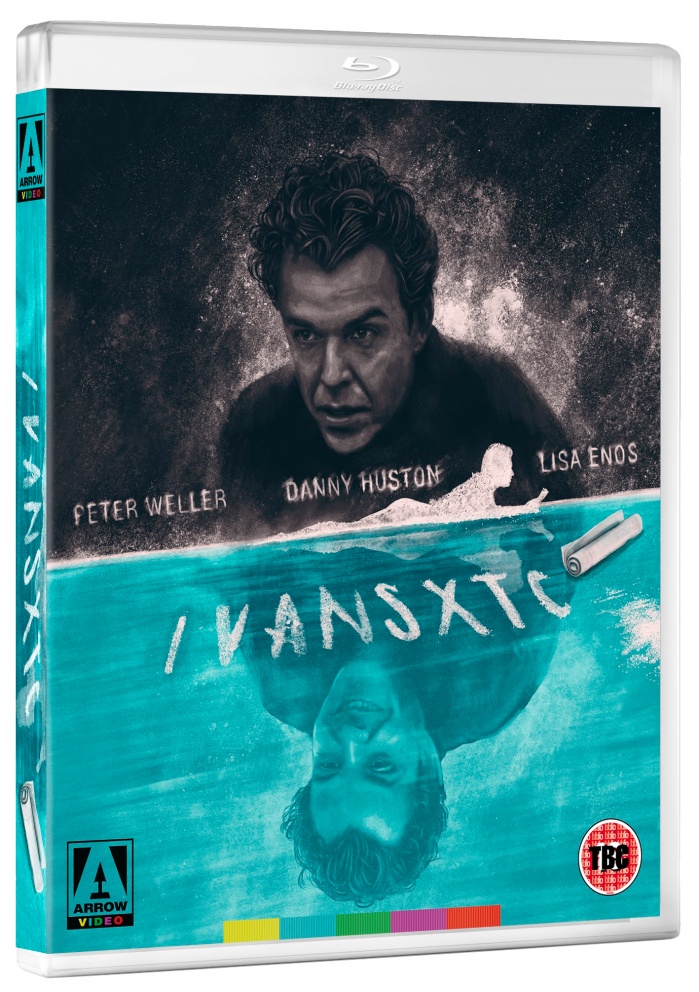 Opening with the death of its titular protagonist, Ivansxtc goes back in time to chart the final days of hot-shot Tinseltown agent Ivan Beckman (Danny Huston) and his fast-paced, wheeler-dealer lifestyle, which will ultimately lead him to an early grave after a shock cancer diagnosis.

The year is 2035, and Special Agent Gagano (Daniel Tadesse) dreams of leaving the CIA to open a business with his wife Malin (Gerda-Annette Allikas). Before he can hand in his resignation, however, a strange cyber virus attacks Psychobook, the CIA’s operating system, forcing Gagano to enter cyberspace via virtual reality to combat the threat. Before long, however, the virus starts to reach out into the real world, destabilising the fragile socio-political order for its own ends, and Gagano, trapped in the VR world, must find a way out before it’s too late.