Written and directed by Shaun A Robinson, That’s Not a Knife is a documentary about the hard and often unglamorous life of an actor. It explores the difficulties of succeeding in the industry and starting relationships.
Its the story of an actor who fights back against the odds by overcoming his own fears and creating his own path to Hollywood, documenting his journey along the way. He meets other actors who share their own fears and insecurities with him, helping help him to understand his own journey better and inspire others to do the same.

Thats Not A Knife is written and directed by Shaun A Robinson and he took time away from his work to join the wonderful list of wonderful people who have taken the time to answer the Spending Time (online) questions. So lets spend some time with …Shaun Anthony Robinson 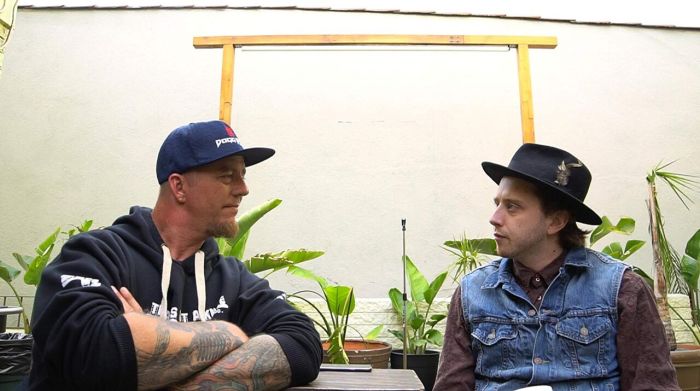 When people ask you ‘so, what do you do?’, how do you introduce yourself?

It depends on who’s asking… but, I usually tell them I’m making a documentary, it’s a great conversation starter, people love when you’re doing something and it goes on from there.

I introduce myself to everyone, even those not directly related to the film sometimes, one time I introduced myself to a random guy, he looked at me funny and replied, “I’m the cleaner”. I always like to offer any help but ultimately I stay quiet, especially if they are rolling.

I tend to sing in the car on the way to set, it helps get me pumped. The style of song depends on the roles or scene I’m doing that day, I’m that guy, sitting in his car singing at the top of his voice without a care in the world.

Apart from a bunch of scripts, it would have to be Cat in the Hat.

There are so many good TV shows on at the moment that it’s hard to pick just one, but among my faves would be Supernatural, Mystery Road, No Activity, Wolf Creek, Romper Stomper, Picnic at Hanging Rock and A Place to Call Home.

I met John Farnham once, for about 20 seconds but I wouldn’t say that get starstruck really, more in awe of what they’ve done in their careers and respect for how hard they worked for it.

What was one of the most memorable films you saw as a child?,

Crocodile dundee of course, Mad Max and Back to the Future.

The hardest thing about the creative process is believing that you can actually do it and not giving up on yourself. I deal with it by remembering what started this for me in the first place and also by finding the people to support me.

I’ve received a lot of advice from a lot of different people, some more relevant to me and my situation than most but throughout the documentary there have been things said and conversations had that has inspired me to keep pushing, to never stop, to have belief in myself and they have come from a variety of people, their stories have impacted mine in ways I couldn’t have imagined when I first started on this journey.

More equality, make it less bitter and get rid of the tall poppy syndrome amongst other things.

Yes I do, good or bad, there’s always something to learn or take away from that, especially if it’s bad, I don’t let it deter me.

Again, hard to pinpoint just one person, there’s so much talent out there, I’d love to work with all of them, but some of the people who spring to mind would be Steven Spielberg, Chris Hemsworth, Quentin Tarantino, Will Smith, Margot Robbie, Toni Collette, Rose Byrne, Isla Fisher and Bruce Willis.

I can’t say I’m a fan of the dark but I do prefer working at night, though a lot of the time when you’re on set, it’s hard to tell if it’s day or night.

There’s been a few, but I loved working on Hollywood Boulevard and Santa Monica in Los Angeles.

The latest movie I watched which had me crying in laughter was Seth Rogen’s film ‘This is the End’.

Bloody scary ones, there are certain films I simply won’t watch, such as ‘The Human Centipede’, but I don’t mind acting in a horror dfilm and being the scary one but watching them is a completely different story. I even have trouble watching the ones I’m in, like Devil Woman, I totally enjoyed being a part of it, bringing it to life and playing the ‘monster’.

What film do you love that you feel most people might not be aware of?

In your creative roles, what is the longest day that you’ve ever had?

Some days feel longer than others, but one of my longest days so far would have to be 16 hours.

Do you have any ‘props or keepsakes from your films?

I have a couple that I held on to, little keepsakes that remind me of some of the work I’ve done.

Aside from significant moments like this documentary and the Westpac Bridge Hero Ad I did a little while back, not giving up on myself is something I’m the most proud of.

Have you ever gotten someone’s autograph? Which is the most memorable for you?

For a long time I did have Shirley Strachan’s signature but I lost it and I don’t think I have anybody else’s except possibly Chopper Reeds.

That’s not a knife is a documentary about the hard and often unglamorous life of an actor. It explores the difficulties of succeeding in the industry and starting relationships. Most people only ever read about celebrities who make it big,