2015 saw the release of the film The Rise Of The Krays and also Legend, both films featuring the legendary true like crime figures Ronnie and Reggie Kray and both films (but in a different way to each other) told us how the Kray brothers came to power and held onto that power for many years to come. Whilst in Rise Of The Krays, the brothers were portrayed by Kevin Leslie and Simon Cotton (wonderfully I might add) , and in Legend, Ron and Reg were played by Tom Hardy and Tom Hardy, to those who didn’t watch the films, this might have appeared to be yet another case of two films coming out in the same year but telling exactly the same stories. To those who did see both films, you’ll know that they are very different movies and help build up a bigger picture of the criminal underworld in the 60s. When 2016 came around and The Fall Of The Krays came around for release, there were many of that all too familiar keyboard bashing with phrases such as ‘not another Kray movie’ and ‘why dont people do something original instead of going back to the same old story. (A lot of people didn’t seem to realise that The Fall Of The Krays and The Rise Of The Krays were effectively one long film taking us through a near four hour journey from not only some of the stories we had been made familiar with from Legend, and also the 1990 Peter Medak film The Krays but also took us through so many other chapters in the life of the Kray brothers. 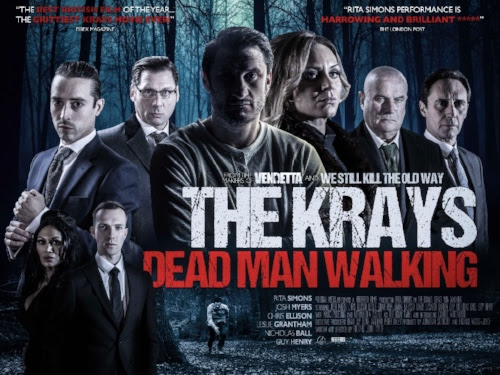 So now we come to 2018 and The Krays: Dead Man Walking which also attracted much of the ‘not another film about the Kray twins’ feedback but once again will and has proved those people wrong.  I must admit that when I first head about Richard John Taylor  getting ready to bring Ron and Reg back to the screen, I did wonder what the films take would be and its fantastic to see that the film doesn’t tread the same ground as other films have before it.

The films synopsis is as follows ‘Inspired by true events, the shocking story of London’s most feared and notorious brothers Reggie and Ronnie Kray as they break Frank ‘The Mad Axeman’ Mitchell from Dartmoor Prison in December 1966.’ which made me think that okay. Im going to see a film about a prison break, thats different and I look forward to seeing a story that I didnt know too much about. Bring it on! So earlier this week, I sat down to watch the film in the comfort of my own home, I shut the curtains, turned off my phone and sat down to see the first film featuring Ron and Reg in nearly 3 years. So what was it like?

Opening in December 1966, we see Ron (Nathanjohn Carter) and Reg (Marc Pickering) discussing a plan to break Frank Mitchel out of prison. Cut to Frank Mitchel now being out of prison and stashed in a safe house until Ron and Reg can get him to Kent for Christmas Dinner. It threw me for a few moments. Where was the prison break? I thought this film was about the prison break itself? Well. No. This film is so much better.

What we get is not really a Krays film, but a Frank Mitchell story that features The Krays and for the most, this film belong to Josh Myers ( Screwed, Anti-Social) with his brilliant portrayal of Frank ‘The Mad Axeman’ as he tiptoes beautifully the super fine line between gentle giant and extremely scary mentally disturbed  individual. I genuinely was on edge with the scenes when Frank would switch at the blink of an eye and whoever he was having a dialogue with would either make it to the next scene, or they might not be seen for the rest of the film.  There are so many ‘gem’ scenes in this film, such as one involving Frank and his Mother, and another involving one of the Krays henchmen Albert Donoghue (wonderfully played by Chris Ellison who fits perfectly into this film) arranging a ‘bedroom date’ for Frank to keep him company. The film doesn’t hold back its brutality that’s for sure so be prepared. 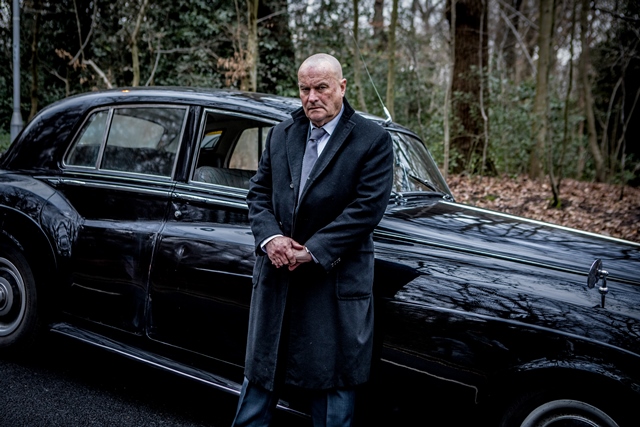 The film can be difficult to watch as noone will watch this film and like Frank Mitchell (id be worried if you did) but this is fantastic drama but also has a few perfectly placed nuggets of humour which in some ways lighten the tone of the film (when its needed) but also help to make you even more nervous for some of the characters when the humour is used in potentially dangerous situations.

As you can tell,I really enjoyed this film and whilst sometimes its  hard watching a film featuring an unlikable character, and some people might think the film isn’t for them. I urge you to give it a go and you’ll witness a wonderful film and one of the best performances I’ve seen from Josh Myers (you’ve set a new benchmark for your talent my friend!) but also  a career best for Rita Simons ( BBCs Eastenders) who goes toe to toe with Frank Mitchell as she has him in the palm of her hand (or does she)  Is there a negative to this film? Well quite simply. No there isn’t! The cast do their thing with such wonderful talent, the film is beautifully scored by Craig Gannon and of course the writing and directing by Richard John Taylor is top notch. So all thats left to say ‘is what are you waiting for’ Go watch The Krays : Dead Man Walking and please dont compare it to the other films featuring The Kray Twins, because this one isn’t a retread and I love it for that.