As Spending Time With…Season 2 continues, its time to shine another spotlight on filmmaker Max Morrison, whos film The Firm is in full swing Directed and Written by Max the film will also star Adam Probets and is set and shot in Yorkshire,England. The story follows a lawyer’s alleged betrayal of one of his most notorious clients.
Taking a little time out between before filming, Max took up the task of answering a few questions set out by myself and so here are his answers.
You can follow Max on Twitter @maxmo10, and the account for The Firm can be found at @TheFirmFilm 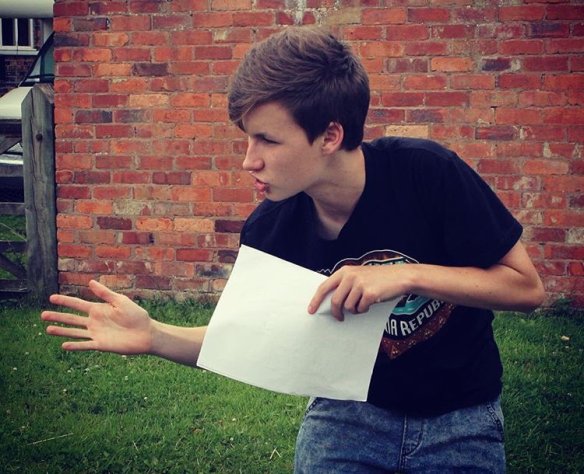 When people ask you ‘so what do you do?’ – How do you introduce yourself?

I am a 19-year-old filmmaker (director, writer, producer) from North Yorkshire, currently studying Politics and Philosophy at the University of York. I hope to one day go into film full time and am currently working hard to produce cutting edge, entertaining short films with the plan to produce my first feature by the end of 2019.

What’s the first thing you do when you get on set?

I like to start off by touching base with everyone, cast and crew members, even before I start the initial briefing for the day before anything begins. I just like to make time to greet the team individually and make sure everyone is okay, motivated and ready to go!

I’m currently reading one called ‘Writing for Television’ by Gerald Kelsey, in order to do some research in advance of writing my first web-series at the end of 2018. The last book I read fully however was for my degree course, entitled: ‘Theories of the Democratic State’ – a standard politics/philosophy student book! 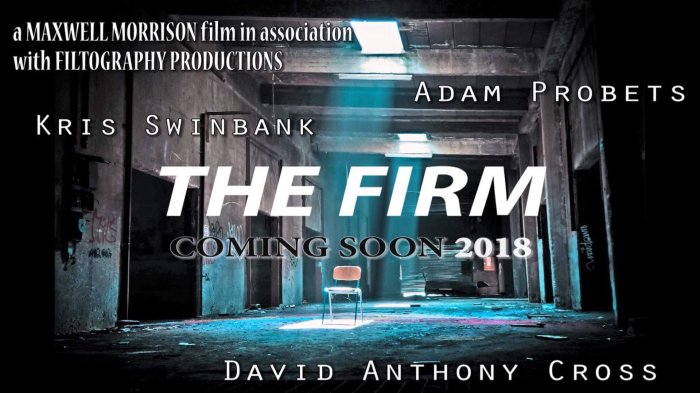 I’ve just caught fully up to speed with Peaky Blinders (to the end of season 4). I absolutely loved it, and would possibly name it up there as one of my favourite TV dramas ever, and would recommend it to anyone who hasn’t yet seen it! I’ve also just finished a series on Netflix entitled: ‘La Casa de Papel’ – a Spanish TV drama with English subtitles following the story of a hostage/robbery plan in the Spanish Royal Mint! I would also fully recommend it to anyone who hasn’t seen it yet, because of its gripping storyline.

What was one of your most memorable films you saw as a child?

Probably Daniel Craig’s Casino Royale, I remember watching it when I was about 10, and of course at that age anything with guns and explosions is cool! But since then I’ve always been a fan of the Bond films, watching the old and new ones several times over.

What do you find the hardest part of the creative process and how do you deal with it?

It probably has to be ensuring that as a director, we’ve gathered enough coverage for the day to work with in the edit. It’s important to me to feel like we’ve got not only enough coverage of a scene, but also that we’ve shot takes repeatedly (as many times as it takes) to get the shot I want. Time pressures are probably any filmmakers worst enemy, but provided you have a team around you to keep you calm and keep you on track, that’s probably the best way to overcome it!

What is one of the best pieces of advice you can remember given and from whom?

Coming from a very good friend of mine, who is a filmmaker himself with his own production company…the advice given to me was more of a practical nature. And it was, no matter how big or small the project, as an indie filmmaker, always make sure that you draw up some form of contract between yourself and your team, and always buy insurance!

To close the gap between budgets of top end indie films and professional industry films. In order to make filmmaking more accessible for indie filmmakers starting out, with limited budgets and not as much opportunity as others. 9.

If you had to make a ‘bucket list’ of people you’d love to work with, tell me one name of who would be on it?

What a very tough but good question! I’d have to say, working under Quentin Tarantino would be one of my dreams. The guy is a legend and the films he makes are different in a way that it is hard to pinpoint what is so different about them, very talented and very much someone I’d love to work with.

Do  you prefer day shoots or night shoots?

Another tough question! Personally, I’m a night owl anyway, when doing film planning work (or even studying at university) I always prefer to work at night. When it comes to working on a shoot however, I’d have to say day shoots, purely because of the advantages of working with natural light and generally a less grouchy cast and crew!

It has got to be Stepbrothers, with Will Ferrell and John C. Reilly. I’ve seen that film about 20 times and I laugh just hard each time I watch it!

I’m not a huge fan of horror films, I’m yet to make one myself, however of the few I have seen the ‘Saw’ films freak me out a little…

I think the documentary film regarding the story of Edward Snowden entitled: ‘Citizenfour’ is one of the best films I’ve seen that doesn’t get the recognition it deserves. The whole film is effectively told through secret interviews between Snowden and a journalist and that for me is what makes it so good.