If I ever invent time travel or at least be able to participate in time travel, I shall head back to mid 1985 and meet myself as a fourteen year old. Ill sit next to myself in the cinema on that particular week when i saw The Neverending Story not once, not twice, but three times in the same week. I love that film and always have done. The story, the music, the strangeness of it all and the message that creativity needs to live or we all collapse and wither. I would tell my younger self that in just over thirty years I would get the chance to have The Empress herself answer a series of questions that I have devised. Hearing that I would even be able to communicate with The Empress would blow my mind!!!!! Okay well technically I have been super fortunate enough to be able to send the Spending Time With…questions over to Tami Stronach who played The Empress, but for me….shes The Empress okay!!!!! Let my film geek side live!!!

Tami become a member of an Israeli dance troupe called the Neta Dance Company. and toured the United States., Israel and parts of Europe.  Tami has also choreographed and performed her own works, including “The Maid and the Marmalade” and “Contain yourself, darling.. Told you she had been busy.

Whilst many of you might be familiar with my filmed project ‘Spending Time With…’ ( http://www.imdb.com/title/tt5884988/?ref_=nv_sr_1 ) that is due out this year. I also realise that its near impossible for me to sit down and chat with everyone I would like to sit with so I figured that I would send out a list of questions to some creative souls, in the hope that they would find the time to let me see what it was like ‘Spending Time With…’ them.

Is there a book that you have reread more than any other?

Its hard to pick one…but in high school these books left a big impression on me: Brave New World, and Handmaid’s Tale, The Left Hand of Darkness, The Island of Doctor Moreau…I think those books that you read at that age burn deeper into your psyche.

When I was very young: Bionic Woman…I started watching it in Iran dubbed into Persian (I was born in Teheran)….then after the Iranian revolution we landed in Isreal where they showed my program dubbed into Hebrew… but when we finally moved to the US (when I was 8) the show was in English. My sister told me that she thought actors must be very clever as they have to learn so many languages and speak them with no accent. 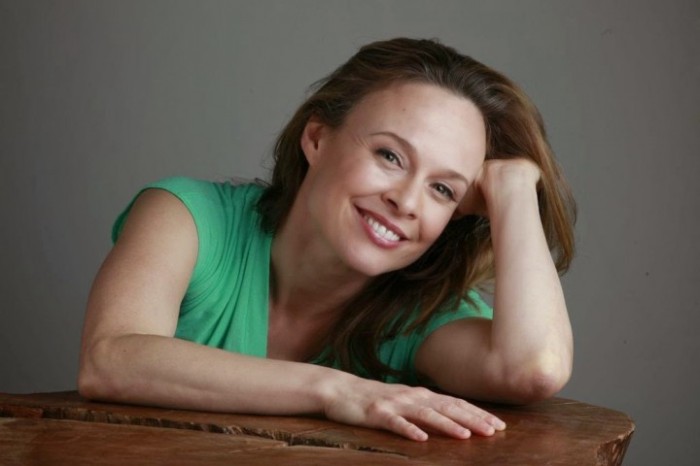 I was a huge David Bowie fan. I read every book about him I could find as a teen and knew every song on his records by heart. I never met him but he was absolutely someone whose work I followed throughout my life…I’m an even bigger fan of his now. The fact that he was making music on his deathbed and just insisted on keeping his creative spirit so alive throughout his lifetime is really inspiring to me–he’s a role model for just following your passion and giving your own idiosyncratic spirit creative expression.

What’s your most memorable ‘fan’ encounter?

The film was shown outdoors in my neighborhood in Brooklyn about 5 years ago.  I was strolling by with my husband and baby and my husband tuned to the couple next to us and introduced me to them. It was funny and sweet.

Brazil…it blew my mind. I gravitate to dystopia and sci-fi based projects. The visuals were so incredible and the story was so dark. I think the themes of that film are so important–guarding against bureaucracy dehumanizing people, authoritarianism generally, the loss of freedom of the press… and to ask ourselves if we are slipping into a culture where face lifts matter more then much else.  Image over reality is a problem.

What do you find the hardest part of your creative process?

Editing stuff out….Towards the end of a creative process you must pull your nose out of the details of the piece and ask yourself to look at the material as a whole from a new, more distant (some might call it objective) vantage point. This allows one to uncover what is relevant to the work and what isn’t. I find I often have to edit out something that was seemingly crucial to me. It’s so painful to throw that thing out.

What is one of the best pieces of advice you can remember being given?

Value your own creative impulses. I think creative expression is critical to real happiness and it is often under appreciated in a world that seems to grade everything on its monetary value. 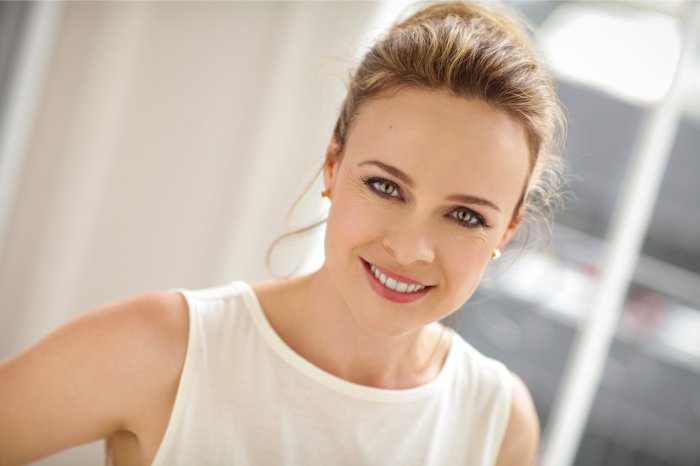 When it comes to watching films? Physical Media or Digital?

Let’s say the same for music?  Digital or Physical?

Records on a record player—So much more satisfying!

I’d like to see more support for female directors. But if I’m in dreaming mode…funding. I just learned how funding for films works in France…as it was described to me–there, every film or TV show gets taxed a little and that money goes into a fund that supports making more films, and more theatre. This money can never be cut from the government’s budget and it gets put towards making smaller less mainstream projects…In this structure commercially successful projects with more of an entertainment bent end up feeding projects with cultural importance and together the art sector stays relevant. Cool!

What is one of your favourite current TV shows? (or let’s say in the past 10 years)

Black Mirror….so depressing and BRILLIANT! Who are these people? Can the writers time travel?

Also Stranger Things, Game of Thrones, the new Sherlock Holmes…older shows I inhaled were Top of The Lake and the Wire….and Battlestar Galactica.

Are you a video gamer? If so, what’s your console of choice?

Do you read reviews of shows that you are in?

I do. Its useful to know what’s landing and what isn’t. As an artist you will make good stuff and bad stuff. The point is to stay active, to keep making– to grow.

If you had to make a bucket list of people you’d love to work with, tell me one name who would be on it?

I haven’t made that many films but if I add my dance life to the question I’d say Costa Ricca (dance tour)—The rain forest there is so beautiful it takes your breath away.  I sometimes think of moving there on days when I entertain a lifestyle revolution. Nothing drives home the fact that we build our own reality better than travel….especially traveling to a place that is really different. 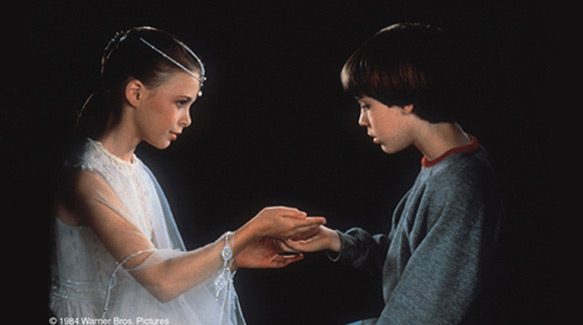 How do you prepare for an audition?

Take a yoga class…start with a physically calm frame. Go in with the attitude if it doesn’t happen today it will happen tomorrow when it’s a better fit.

I just shot a film last month called “Ultra Low” that required two all nighters in a row…Have not done that since my daughter was an infant. 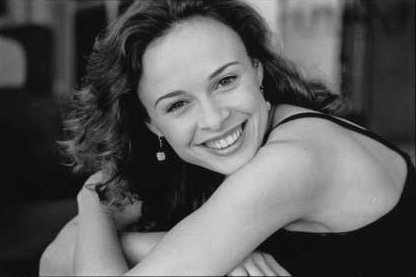 Do you have any ‘props or keepsakes from your films?

Yes I have a plastic action figure of the Empress..My daughter loves it.

What excites you most about the film world today?

I think the fact the Moonlight won the Oscar is exciting. Also there are starting to be more interesting parts for women to play even as they get older.

Is there one person who you feel has made you are today?

My parents ….My mother played a huge hand in shaping my values.  She always encouraged my creativity and independence. My father embodies being fulfilled doing what he loves…he was a renowned archeologist and professor and though he theoretically retired a decade ago he still wakes up everyday and writes all day…Its wonderful to see how much pleasure he derives from crafting the perfect sentence. 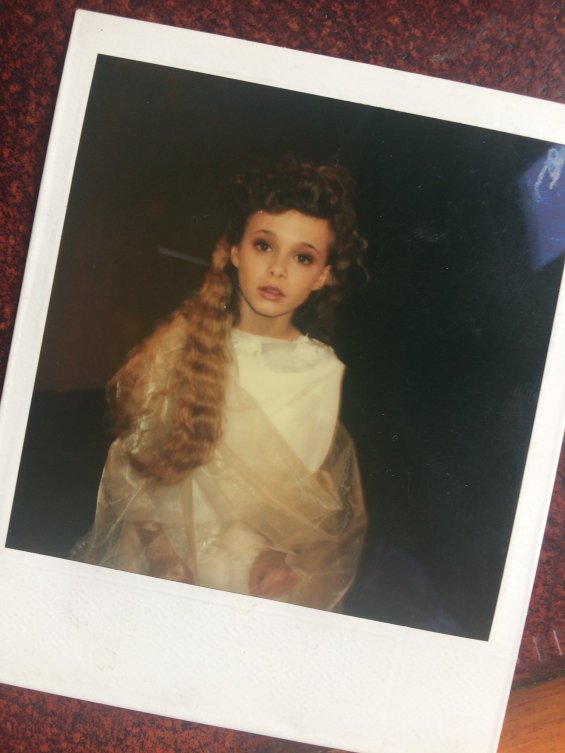 Surviving the birth of my daughter…

What was one of the first music albums you can remember buying?

How many movies do you think you watch a year?

I watch two to three shows a week….With movies it depends on what’s on offer….Right now I really want to go see Logan…must organize babysitting for this weekend!

Currently filming Ultra Low, it has been a few years since Tami Stronach appeared on screens in a film or TV show but she has been super busy. So I would like to thank her for taking the time out to answer these questions.

I hope you found the answers as interesting as I do. 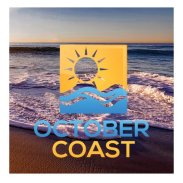 If youd like to participate in the ‘Spending Time With…’ series then please get in touch with me via Twitter ( @frompage2screen ) or email at frompage2screen@gmail.com