Empire Magazine, the world’s biggest film and entertainment brand, has unveiled the nominations for the Three Empire Awards, which will take place on 19 March at a brand new venue – Camden’s Roundhouse. The iconic awards show will celebrate the best in film and TV, voted for by fans, held at a star-studded event attended by some of the biggest and best-loved names in entertainment.

The awards continue to celebrate the diverse and rich talent within the film industry. Last year the Empire Awards was notable in celebrating diversity, and this year is no different. The fans have spoken and leading the field this year are Rogue One: A Star Wars Story (nine nominations) and Arrival (seven nominations), closely followed by Oscar favourite La La Land (five nominations). Other contenders in the Best Film category, which is sponsored by Sky Movies, include Hunt For The Wilderpeople and Deadpool.  British film is also celebrated with I, Daniel Blake and Fantastic Beasts And Where To Find Them receiving nods across the categories. 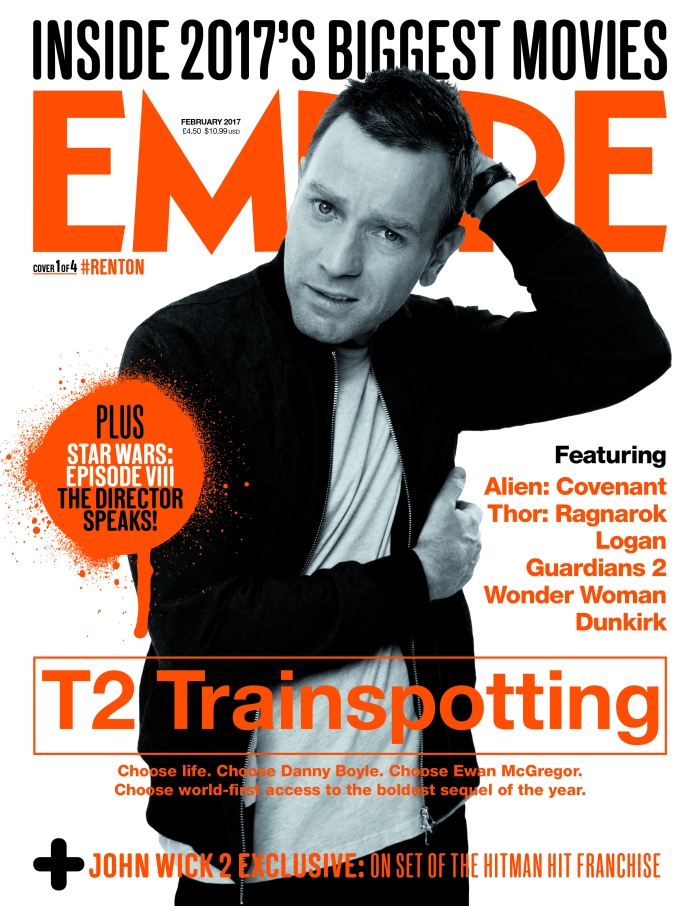 The Best Actress category, which is sponsored by Three, is looking strong, with Amy Adams being given a nod for her stellar performance in Arrival. She battles it out with Natalie Portman (Jackie), Felicity Jones (Rogue One: A Star Wars Story), Ruth Negga (Loving) and Oscar favourite Emma Stone (La La Land). For Best Actor, which is also sponsored by Three, Ryan Reynolds is nominated for his superhero performance in Deadpool, alongside a strong group of lead actors including Ryan Gosling (La La Land), Casey Affleck (Manchester By The Sea) and British talent Benedict Cumberbatch (Doctor Strange) and Eddie Redmayne (Fantastic Beasts And Where To Find Them).

British filmmaking talent is once more recognised in the coveted Best British Film category, which is sponsored this year by The Hollywood Reporter. The nominations include: High Rise, I, Daniel Blake, The Girl With All The Gifts, Fantastic Beasts And Where To Find Them and Eddie the Eagle. The Best Comedy category honours Ghostbusters, which has proved popular with the fans, alongside Hunt For The Wilderpeople, Deadpool, The Nice Guys and The Greasy Strangler.

Small-screen drama is celebrated in the Best TV category, sponsored by Magic Radio, with these shows battling it for supremacy: Game Of Thrones, Stranger Things, The Night Manager, Sherlock and Westworld.

Voting closes on Friday 24 February, and the Empire Awards 2017 winners will be announced at a star-studded ceremony at The Roundhouse, Camden on Sunday March 19.

Empire’s Editor-In-Chief Terri White comments: “This year has once again seen the fans out in force to vote for their favourite films in the Three Empire Awards. Which is why we are the only awards ceremony in the world to recognise Hunt For The Wilderpeople, Deadpool, Captain America: Civil War and Rogue One: A Star Wars Story alongside La La Land and Arrival! There are none more passionate about film than the Empire audience and we’re expecting some big surprises when we honour the winners on the 19th March.”

Sennia Nanua (The Girl With All The Gifts) – Warner Bros.

Hunt For The Wilderpeople – Vertigo

Under The Shadow – Vertigo
The Witch – Universal

The Girl With All The Gifts – Warner Bros.

Fantastic Beasts And Where to Find Them – Warner Bros.

Eddie Redmayne (Fantastic Beasts And Where To Find Them) – Warner Bros.

Hunt For The Wilderpeople – Vertigo