EMPIRE, the world’s biggest movie magazine, today announces the second round of programming  for Empire Live,  a weekend-long celebration of the best in movies and entertainment taking place at The O2 in London from September 23-25, 2016.

Empire is thrilled to announce three new exciting events taking place at Empire Live; an exclusive preview screening of buddy-cop thriller War On Everyone, starring Alexander Skarsgård, a previously unseen version of Ridley Scott’s The Martian and a fancy dress screening of Jim Henson’s ageless classic, Labyrinth, with a special Q&A with designers and puppeteers, Brian and Wendy Froud. 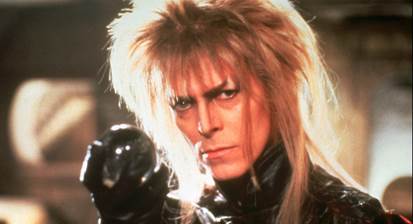 Empire Live is proud to host a preview screening of British director John Michael McDonagh’s third movie, War On Everyone, following five star reviews in Empire for McDonagh’s first two films, The Guard and Calvary. The eagerly anticipated War On Everyone follows the exploits of two corrupt cops in Albuquerque, and stars Alexander Skarsgård (True Blood) as Terry Monroe, with Michael Peña (End Of Watch) as his partner, Bob Bolaño.

Ridley Scott’s The Martian: Extended Edition stars Matt Damon as astronaut Mark Watney. The film won two Golden Globes and a Jameson Empire Award, which was awarded to Damon for Jameson Best Actor. Ahead of the release on DVD and Blu-ray, Empire Live will be screening the very first showing of this cut which includes 13 minutes of extra footage.

As a tribute to David Bowie, Empire Live will host a special screening of his 1986 film Labyrinth, plus a Q&A with the conceptual designers and puppet-builders, Brian and Wendy Froud.  The film sees Jennifer Connelly plunged into a magical labyrinth and given 13 hours to rescue her baby brother, who’s been kidnapped by Jareth the Goblin King.  Audience members are invited to come in costume fit for Jareth’s masquerade ball.

These latest additions join an already confirmed special presentation of Richard Linklater’s Everybody Wants Some!! and a series of screenings in partnership with The Criterion Collection, as well as a live version of the award-winning Empire Film Podcast. Further screenings and events content will soon be revealed, with the full roster of events promising to include first-look screenings of some of this year’s most anticipated releases, specially curated bills, movie masterclasses, pop-up parties and more.

Terri White, Editor-in-Chief of EMPIRE magazine, said: “The countdown is now firmly on to the biggest and best film and entertainment weekend anywhere in the world. The combination of a big-screen tribute to Bowie, previously unseen footage from The Martian and the first chance to see one of this year’s most hotly-anticipated films, War on Everyone, is just a small taste of the wonderful programming all film-lovers can enjoy this September.”