Award-winning actors Tracey Birdsall and Barry Corbin are filming The Time War, writer-director Neil Johnson’s long gestating science-fiction thriller that went into development back in 2010. The film features the legendary Christopher Lee (Lord of the Rings, Star Wars : Attack of the Clones) in one of his final screen roles. 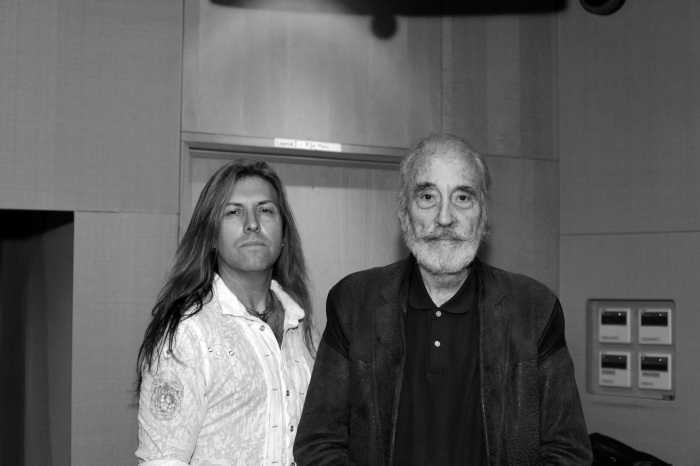 Originally written in 1995, The Time War fixes on the thrilling, entertaining scenario that imagines Adolf Hitler travelling back in time and rewriting history. “Next imagine you try and stop him and make matters much worse…”

Tracey Birdsall, who this year stars in Johnson’s highly-anticipated Rogue Warrior : Robot Fighter, is a favorite of Neil Johnson.

“Tracey is one of the most versatile and talented actresses of our times. She’s going to blow everyone away with her performance in Rogue Warrior: Robot Fighter, so we wanted to keep the party going – and excitement from the audience to see more of her – by fashioning this follow-up as a real showcase for her.”

Neil Johnson is also a long-time fan of acclaimed actor Barry Corbin, whose many credits include The Thorn Birds, No Country for Old Men, Norma Raeand TV hits Northern Exposure and Anger Management.
“This is a man that can do anything – evoke great laughter, spur tears, have you rooting for him – and audiences are going to go nuts for him here. We’ve written a fantastic part for Barry.”

For Barry, it’s a return to the sci-fi genre. The Texas-born actor’s previous genre efforts include such classics as WarGames and Critters 2 and TV’s The Twilight Zone.

Tracey Birdsall and Barry Corbin worked together on Dawn of the Crescent Moon – which snared the coveted Best Ensemble Cast Award at Action on Film Festival, rapidly becoming one of the most reputable independent film festivals in the world.

Filmmaker Johnson was so sure that the film would get made one day that in November of 2010, he paid Sir Christopher Lee to record an opening narration while at Abbey Road studios on other business.  Johnson didn’t realize that this would be the last time that he would see the acclaimed actor, who passed in 2015.

“Mr Lee had killed a number of Nazis during WW2, so it was very apt that the great Nazi Hunter gave his great talent to this wonderfully unique film,” said Neil Johnson.

Additional casting to be announced.