From director producer team Steven Lyons and Merlyn Roberts (Wyldewood Productions) comes Serurta (Sunbirth), an epic journey into the depths of ancient Britain, 700 years before the Roman conquest.  The Friac, one of the ancient tribes of Britain are being driven from their land by the furious onslaught of the Celts, horse warriors arriving from the continent with weapons of iron and a thirst for conquest.

The last hope of his tribe Ontahil, is no hero nor warrior nevertheless he must face Serurta the greatest initiation of all.  Ontahil travels to the desolate mist-enshrouded island of the dead.  Stalked by the Terai, hunters with a taste for human flesh, he must find the immortal Shaman Kalaree, receive the blessing of the earth mother and begin his perilous descent into the underworld.
A tale of the Sun, the Moon, the Earth and mankind’s place in it all.

Serurta (pronounced se-roo-ta) is an independent British film exploring the vast cultural heritage and mythology of the British Isles. The film is being Directed, shot and edited by Steven Lyons and Merlyn Roberts is Producing and starring. Serurta is currently beginning its second cycle of production after the successful completion of the first half of the film. This trailer is being released as part of a drive for completion funds. 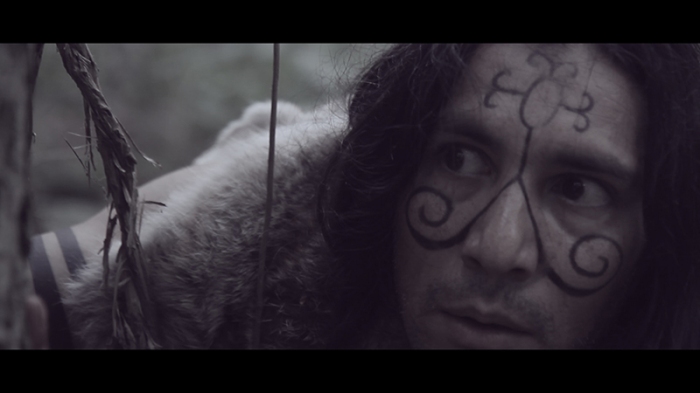 “Trying to make a film on this scale and over a lengthy shooting schedule, it was always going to be hard work getting commitment from cast and crew, but we’ve been exceptionally lucky in this regard.” :- Producer Merlyn Roberts

Serurta has an amazing team of first time and experienced actors and highly passionate talented make up artists, prop builders musicians, visual FX and conceptual artists. With everyone working extremely hard, to help bring this original story by Merlyn and Steven to life.

Check out the trailer