It must be at least a year since I wrote a blog article entitled ‘Who Is Leo Gregory‘. Now just a reminder. I knew and still know exactly who Leo Gregory is and was, but sadly for a lot of ‘average’ film fans, they just werent familiar with his name, even though they knew who he was when I pointed him out. The sad fact is that not everyone devours films like we do. I watched hundreds of films each year and know many others who watch that many, some people even watch more than I do.

Its for those people who only watch thirty or so films a year that I write these ‘Who Is….’ articles. To put a name to the face, and perhaps place some more film titles on your list to tick off when you have some spare time to check out a movie recommendation.

So who is next, well of course the title of this article kinda gives the game away doesnt it. Yes its the fantastic Lorraine Stanley.

Lorraine Stanley first popped up on my screens in 2006 when I first saw the film London to Brighton. (wri/dir by Paul Andrew Williams). I hadnt heard of the film but bought the DVD anyway, watched it and was then blown away by the film ever since.

London To Brighton begins with two girls bursting into a run down London toilet , Joanne (played by Georgia Groome) is crying her eyes out and Kelly (played by Lorraine Stanley) is battered and bruised, her eye beginning to swell out. Things don’t get anymore light hearted from there on that’s for sure and over the next hour and a half we are given the backstory of who the girls are, how they met and then what happens to them after after they exit the toilet cubicle. Easily one of the most powerful films I have seen in a long time (perhaps all time, its up there with Eden Lake, which Lorraine also appears in)

Its a perfect film, with the script, the gritty direction by Paul Andrew Williams and the brilliant (and scary) on screen chemistry between Georgia Groome, Lorraine Stanley and Johnny Harris (as Derek) that adds that extra dimension to the film. If you are okay with watching tough films, you just HAVE to check out London to Brighton.

With over 41 acting credits to her name, and thats just the TV and film work. It doesn’t count stage work. Lorraine Stanley will most certainly have appeared on your screens more than you know. 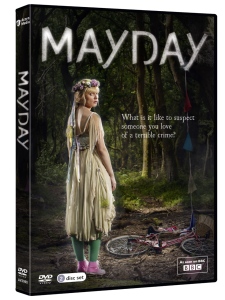 Whether it be in the uplifting true story Made in Dagenham, with Jaime Winstone and the late Bob Hoskins, which is an onscreen telling of the 1968 Ford Car plant strike due to equal pay rights for women. 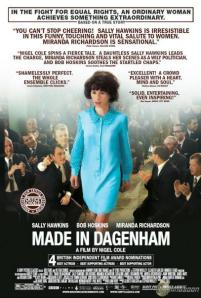 Or how about the very scary horror film (but also a film that could happen, which scares me even more) Eden Lake, in which the moral of that film is ‘dont tell kids to shut up or they might hunt you down’

Lorraine Stanley’s acting career shows no sign of slowing down, quite the opposite in fact. With four projects awaiting release, and Im sure Lorraine being busy on other ones that havent been announced yet. 2014 is a great year for her.  Currently working on the Spencer Hawken project No Reasons co starring with Lucinda Rhodes, and Marc Bannerman (no relation). Most recently she appeared in the Paul Tanter directed film ‘He Who Dares’ which saw Lorraine in  the role of Marie, an office worker taken hostage by the crazed Holt (played by Simon Phillips)

A great role for her, and also not the first time she has worked with the director Paul Tanter, having appeared in the sequel to The Fall Of The Essex Boys entitled ‘Essex Boys : Retribution’ in the role of Regina, a tough as nails crime boss.

Lorraine has such a range of acting talent, whether it be Kelly in London to Brighton who you just want to help and give a better life to, or the role in Essex Boys : Retribution where you just want to make damn sure you don’t upset her, Lorraine Stanley is easily one of the best actresses around.

TVs Coming Up with Johnny Harris

I of course would like to thank her for all the brilliant work she does, and wish her the very best of luck for all the fantastic roles that she will take on.

She is an inspiration to those who love film, and a fantastic choice for filmmakers. Thats why I opted to do this ‘Who Is Lorraine Stanley’ article this evening. Because for those small few who only watch thirty or forty films a year. You definitely need to make sure you tick a few from Lorraine Stanleys filmography.

Oh and whats coming up in the summer from her filmography. This little beauty from Nick Nevern. The Hooligan Factory.

So whatever you are working on Lorraine. Thank you and the very best to you.

And as a treat, Here is the trailer for the up and coming film The Hooligan Factory Hitting cinemas with a bang June 13th 2014