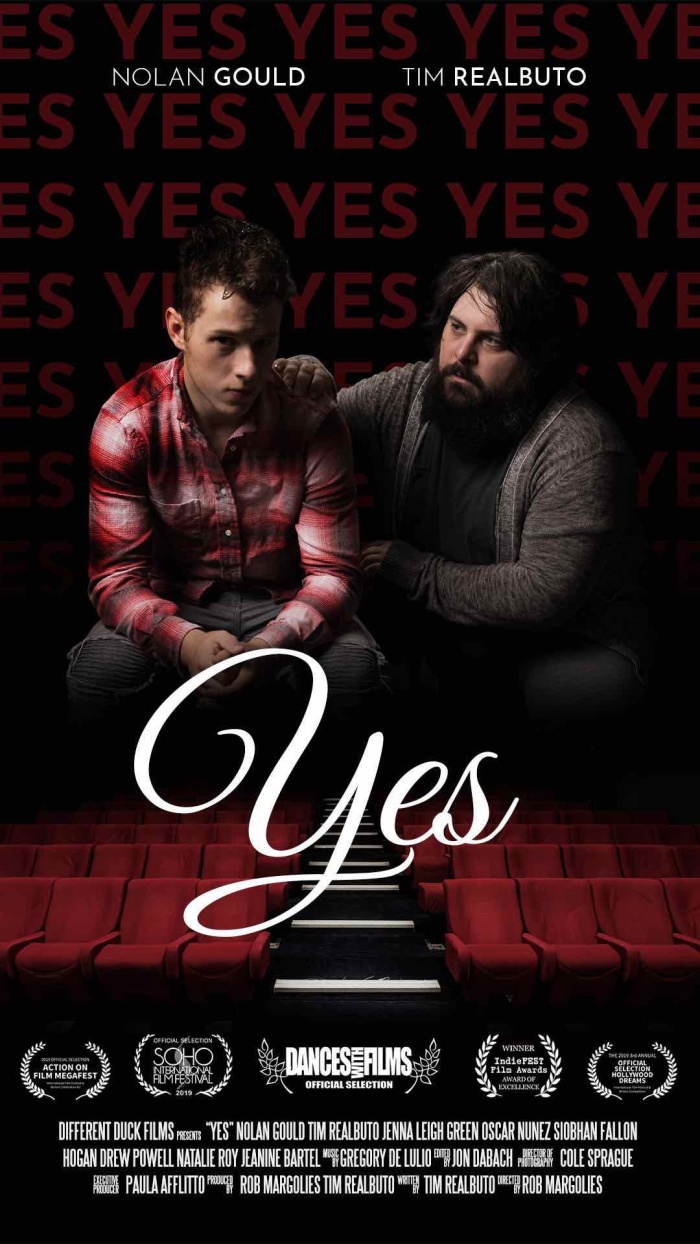 YES tells the story of alcoholic, pill-popping, washed up, ex-child star Patrick Nolan (Tim Realbuto), who is begrudgingly dragged from his nearly uninhabitable apartment by his sister Annie (Jenna Leigh Green) to see his niece in her high school production of ‘Romeo and Juliet.’ Starring as Romeo is 17-year-old Jeremiah (Nolan Gould), who immediately catches Patrick’s eye. Patrick, who was involved in a scandal involving a minor years earlier (which ruined his career and his life), decides to mentor Jeremiah. What begins as an innocent acting lesson turns into something much more dangerous, and a love affair of two surprisingly common minds. The destruction, or salvation, of the two main characters will last a lifetime.