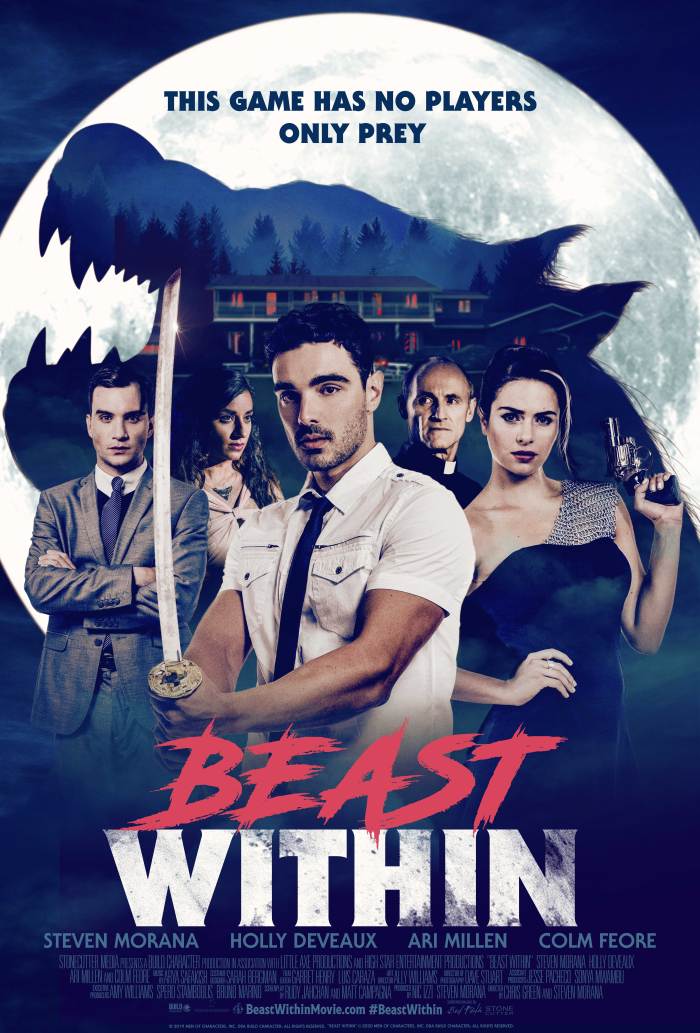 A new gaming app Werewolves Awaken is being launched at a VIP event hosted by an eccentric billionaire at his country estate. Beast Within tells the story about a lead gaming developer, August (Steven Morana), who is looking forward to finally meeting his online girlfriend, Cheyenne (Holly Deveaux), at a launch party of the gaming app he developed. The festivities are interrupted by a priest (Colm Feore) who condemns the party guests as “marked for the beast.” Convinced it’s a publicity stunt, the party-goers disregard the protest until a dead body is found. August and Chyenne, along with the remaining guests, become players in a deadly version of the game. All are questioning who within the group could be the ferocious killer, as everyone is a suspect.