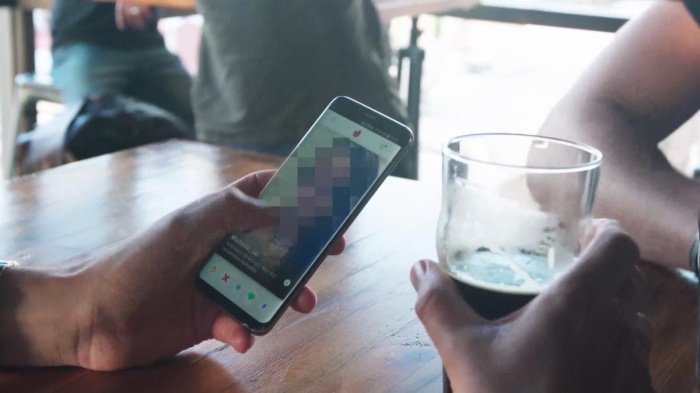 Gravitas Ventures, a Red Arrow Studios company, in a partnership with Jump Seat Productions, has announced the Digital HD and Cable VOD launch of director Al Bailey’s DTF, a documentary about one pilot’s search for love and sex through Tinder and the friendly skies.  DTF will premiere at LA’s Dances With Films before a VOD launch in the United States.  DTF will be available to rent or own September 15th on Amazon, iTunes, Comcast, Spectrum, Vudu and more.
A raw and audacious fly-on-the-wall expose documentary on the life of a long-haul airline captain, DTF charts filmmaker Al Bailey, who follows a widowed airline pilot around the planet as he searches to find new love via the dating app Tinder. The well-intended quest spirals into a controversial cautionary tale of one man’s addictive and outlandish behavior in a bubble of vice and depravity that conflicts with his consummate professionalism.

Over the course of 18 months, a filmmaker follows his friend “Christian” as his career as a long-haul pilot takes him to the far corners of the Earth.  Widowed and lonely, “Christian” uses his career to find new love in far-off lands as the camera captures his misadventures in lust and love.  From the Far East to North America, the friendship of the two men is thrown into turmoil as moral compasses are tested to the limits with a whirlwind of vice and addiction. The question soon turns from can you find true love in the modern global world via dating apps, to how well do you know your closest friends when you are thrown into their secret crazy environments?