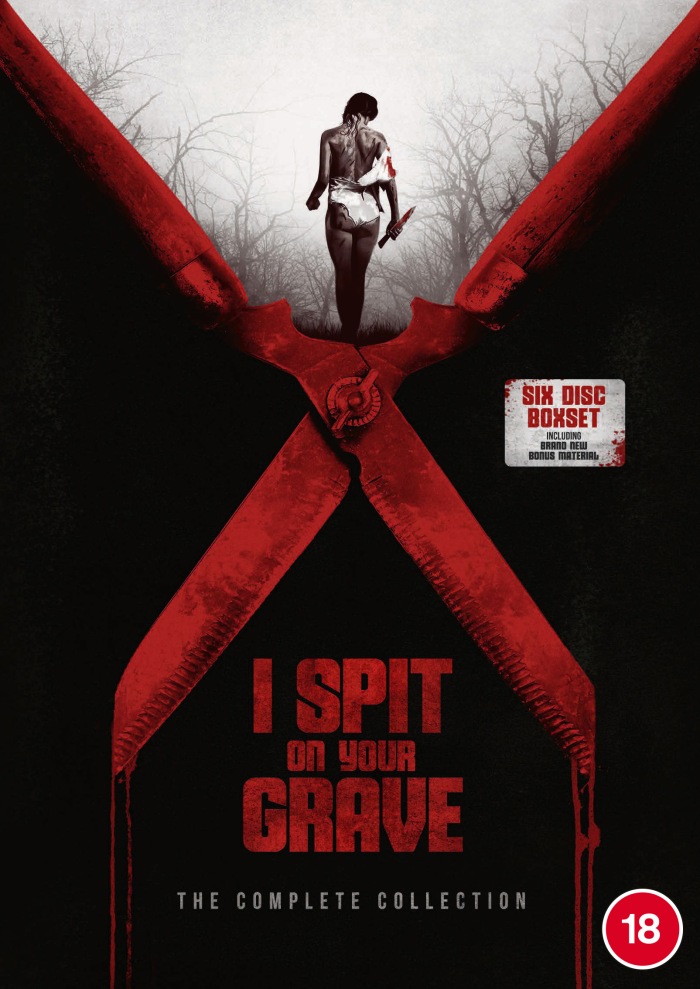 When the original 1978 film was banned in the UK upon release, this notorious revenge movie helped launch the “video nasty” craze of the 1980’s and inspired a generation of genre directors through its provocative, no-holds-barred brutal filmmaking. 32 years later, a bold and shocking remake reignited the franchise and spawned a series of sequels which pushed the envelope even further.
Available in the UK as a complete set for the first time, this unique collection contains the previously banned, X-rated original I Spit on Your Grave, the infamous 2010 I Spit on Your Grave remake, powerful sequels I Spit on Your Grave 2, and I Spit on Your Grave: Vengeance is Mine, plus the final chapter in the franchise, new UK release I Spit on Your Grave: Deja Vu, the highly anticipated, direct sequel to the original film.
Furthermore, the boxset contains feature-length documentary, Growing Up with I Spit on Your Grave, the first ever in-depth analysis of the 1978 cult classic, helmed by Terry Zarchi, son of franchise creator and director Meir Zarchi.
Both DVD and Blu-ray editions are jam-packed with bonus material across 6 discs, including UK firsts, exclusive commentaries, featurettes, behind-the-scenes footage, deleted scenes, TV spots, radio spots and more. totalling over 7 hours.
Hailed as a feminist-revenge masterpiece by some, and seen as crude exploitation by others, I Spit on Your Grave is engrained in cinematic history and this is the ultimate tribute to one of the most notorious film franchises of all time.
Kaleidoscope Home Entertainment presents I Spit on Your Grave: The Complete Collection on Blu-ray and DVD now
Order on Amazon: https://bit.ly/ISOYG-Collection