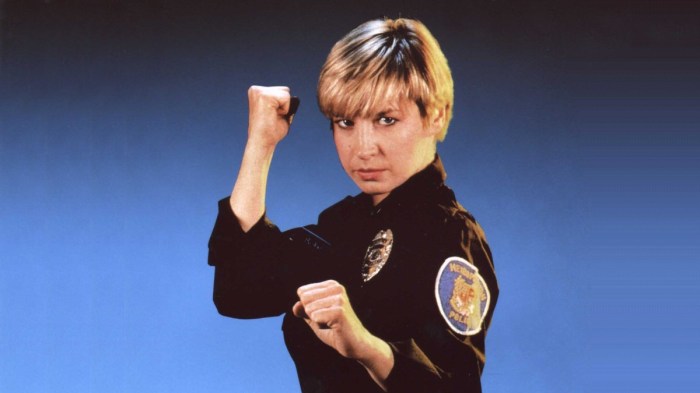 Cynthia Rothrock is a martial arts expert and athlete, who went on to become a film actress, starring in a number of highly successful action movies starting in the mid to late 80s and right through the 90s.  She was always a familiar face on many VHS boxes in my video store, and gave the likes of Van Damme and Seagal a brilliant run for their money with popularity.  But I often wondered where her film career went after that.

She was a five times World Champion in forms and weapons between 1981 and 1985 and took first place in forms 32 times and first place in weapons 12 times in her first 38 tournaments, including competing in “Men’s Forms” three out of four times as there was no Women’s Division. She was “Grand Master” of five tournaments and came in first place in 4 out of 5 fighting events

In 1983,she was discovered by Golden Harvest in Los Angeles, California and two years later in 1985 she made her first martial arts movie for them, Yes, Madam (also known as Police Assassins or In the Line of Duty Part 2) which also starred Michelle Yeoh. She ended up staying in Hong Kong until 1988 doing seven films there.

The 80s saw Cynthia appear in 12 projects  and the 90s saw her appear in a massive 27 projects onscreen with her stardom growing amongst action fans (including myself) with the China OBrien franchise. 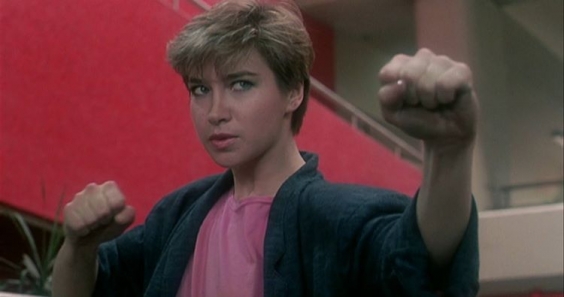 After starring in the 2004 film Xtreme Fighter (a.k.a. Sci-Fighter), where she played Sally Kirk / The White Dragon, she retired from acting to teach private martial arts lessons at her martial arts studio in Studio City, California as part of the Z Ultimate Self Defense Studios chain of martial arts studios but has since returned to acting in 2012 (which was great news) with a role in the family film Santa’s Summer House and has kept up appearances in a whole list of films from that year to now, (and hopefully beyond) with over 62 acting credits to her name.  So if you wonder what happened to 80s and 90s action star Cynthia Rothrock. She is still kicking butt and doing brilliantly at it.

You can check out her official website here https://www.cynthiarothrockofficial.com/

She also has a very successful YouTube channel which youll find here https://www.youtube.com/user/cynrothable