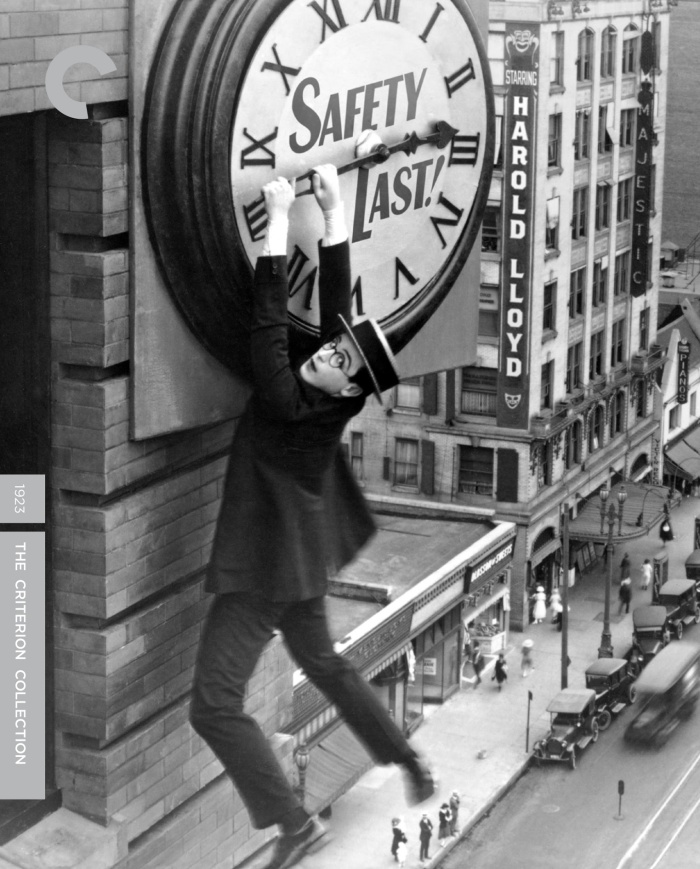 The comic genius of silent star Harold Lloyd is eternal. Chaplin was the sweet innocent, Keaton the stoic outsider, but Lloyd—the modern guy striving for success—is us. And with its torrent of perfectly executed gags and astonishing stunts, Safety Last! is the perfect introduction to him. Lloyd plays a small-town bumpkin trying to make it in the big city, who finds employment as a lowly department-store clerk. He comes up with a wild publicity stunt to draw attention to the store, resulting in an incredible feat of derring-do on his part that gets him started on the climb to success. Laugh-out-loud funny and jaw-dropping in equal measure, Safety Last! is a movie experience par excellence, anchored by a genuine legend.

Musical score by composer Carl Davis from 1989, synchronized and restored under his supervision and presented in uncompressed stereo on the Blu-ray edition

Alternate score by organist Gaylord Carter from the late 1960s, presented in uncompressed monaural on the Blu-ray edition

PLUS: A booklet featuring an essay by critic Ed Park