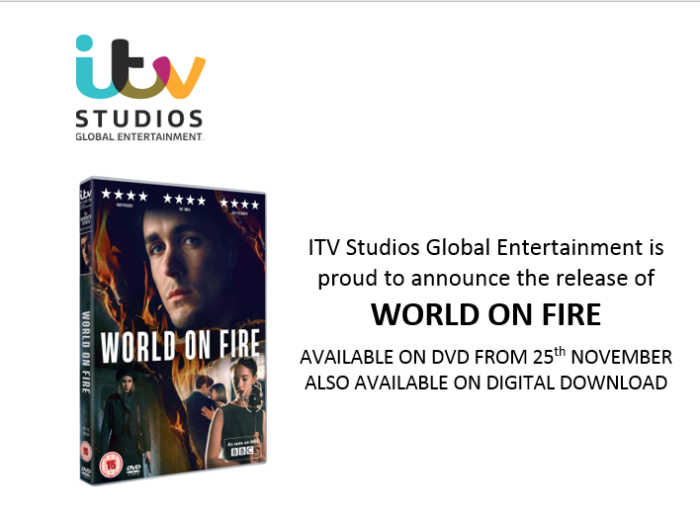 Award-winning writer, Peter Bowker’s (The A Word, Marvellous) epic drama about ordinary people from all sides of the global conflict of World War Two – World On Fire – is on DVD from 25th November and also available on Digital Download from ITV Studios Global Entertainment.

Set in numerous locations including the USA, Britain, France, Germany and Poland, this gripping drama delves into the everyday lives of those surviving through one of the most pivotal and devastating periods of Twentieth century history. 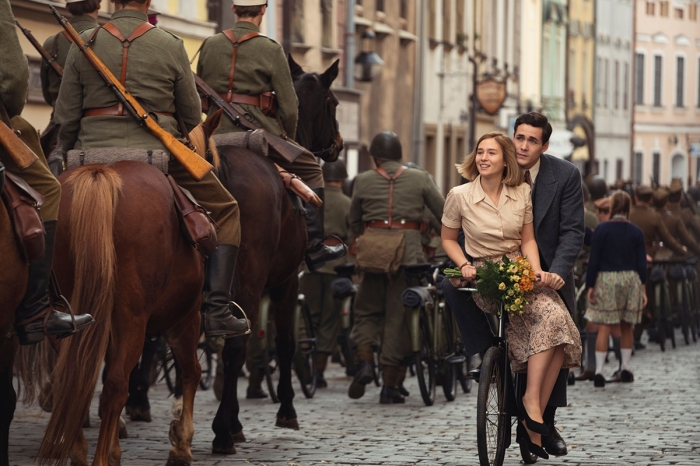 Written with Bowker’s characteristic irreverence and humanity, World On Fire pieces together the stories of those who shaped our world as they traverse the ever-shifting lines between loyalty and brutality, and courage and fear, experience love and loss, and forge hopes and dreams in these extraordinary times.