Indie development studio Auroch Digital released the critically acclaimed theme park management tycoon Megaquarium on Nintendo Switch, PlayStation 4 and Xbox One today (October 18th)
Megaquarium is an economic simulation game in which you grow your public aquarium to a thronging metropolis filled with hundreds of guests, loads of staff and almost 100 different aquatic life forms such as fish, sharks, crustaceans, corals, jellyfish, other invertebrates, and turtles.
Originally launched on Steam by Twice Circled, Megaquarium features a campaign mode with 10 levels in which you will learn how to design and manage an aquarium. Additionally, the game contains a sandbox mode with customisable settings and a random challenge generator.
Every decision you make in Megaquarium –your choice of animals, filters, tanks, staff and layout– has consequences. You’ll have to master both creativity and economics to make your business succeed and keep your guests happy. 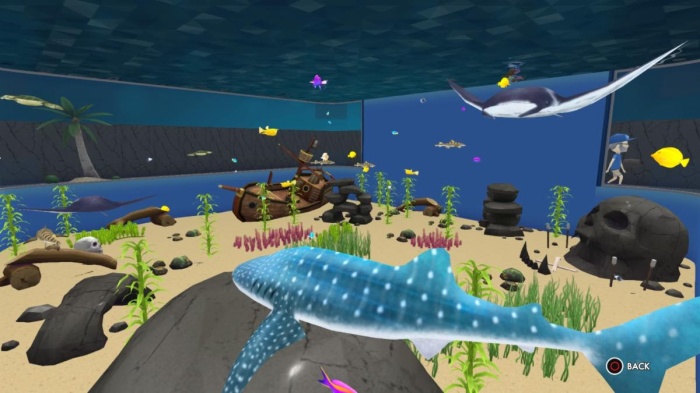 Plan staff talks down to the subject, time and frequency to increase your point income even further!

About Auroch Digital
Auroch Digital was founded in 2010, initially as a consultancy, helping organisations such as the BBC, Wellcome Trust and many others understand games and gaming.
In October 2012, Auroch Digital expanded to become a development studio, creating pioneering newsgames like Narcoguerra and Endgame:Syria and earning our GameTheNews initiative its spot at the forefront of the “games with purpose” movement with Auroch’s Director, Tomas Rawlings, giving many talks around the world on this subject.
Today Auroch Digital also creates original games of its own as well as working in partnership with other games companies and major brands to develop titles using existing IPs.
The studio continues to grow and is recognised as a leading development studio within the gamedev community for our talent in connecting the real with the digital. We are also recognised for our craft in porting games from one platform to another, be that physical tabletop to, for example, digital or between PC and mobile.