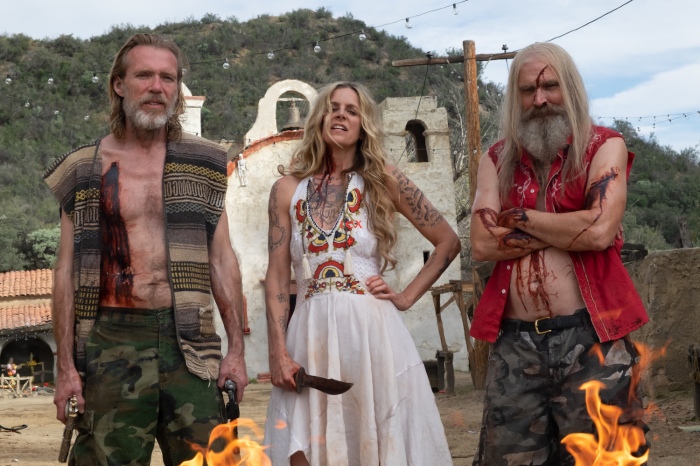 First there was House of 1,000 Corpses (2003). Then there was The Devil’s Rejects.(2005) and now, writer-director Rob Zombie returns to the world of the Firefly family with the next blood-soaked chapter in the most violent crime saga in movie history, 3 from Hell.
If you thought that the end of The Devils Rejects meant the end of the Firefly family, then think again. It seems even a storm of bullets cant kill Baby Firefly (Sheri Moon Zombie), Otis Driftwood (Bill Moseley) or Captain Spaulding (Sid Haig). They have barely survived and after months of recovery they are locked behind very strong bars. But this wouldnt be the film we expected if it was the family in jail for 90 minutes and we know that pure evil cannot be contained so escape is imminent  We also meet a new member of the Firefly family in Otis’s  half-brother Wilson (Richard Brake), and before long the the demented Firelfly clan are back to unleash a whole new wave of death and depravity. 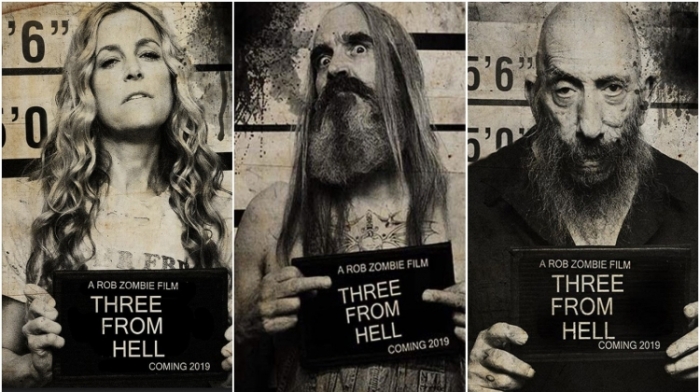 The Devils Rejects has been hailed as a modern horror classic and rightly so, and so it was always going to be a hard task to make a film as good or better than the 2005 road trip horror film but Rob Zombie has done a great job with 3 From Hell and whilst it might not hit the high mark that The Devils Rejects did, 3 From Hell is a different film, its main characters have gone from super realistic characters in TDR’s to being a bit more pantomime in 3 From Hell but this fits well into the story and world of 3 From Hell, The characters are bonkers and the journey they have in this film is also a bonkers trip. So its a well made fit. 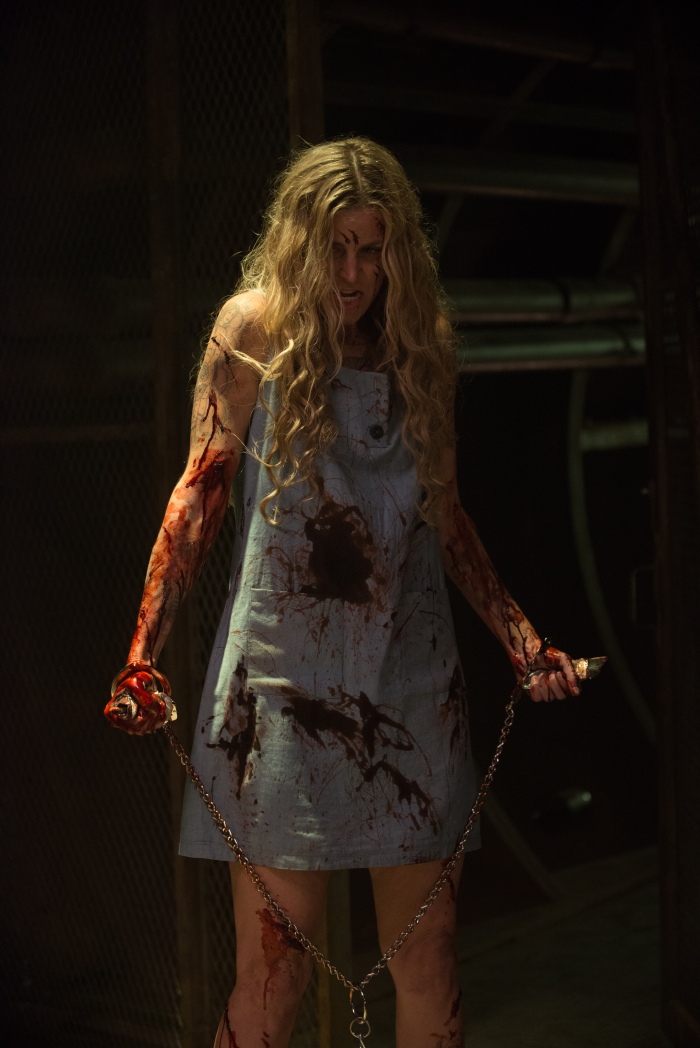 This film to me felt more like Natural Born Killers (which I adore) than The Devils Rejects Part 2 and im okay with that.The style of the film is pure Rob Zombie and whilst all the cast are great, the performance of the film belongs to Sheri Moon Zombie who ups her crazy scale to 11.  There are also some great cast members who arent in the ‘3’ such as Dee Wallace  as ‘Greta’ who was barely recognizable in her role as the tough Prison Guard and some great cameos by genre favourite such as Billy Blair (Machete Kills), Bill Oberst Jr (Age Of The Living Dead), and Danny Trejo (Machete) 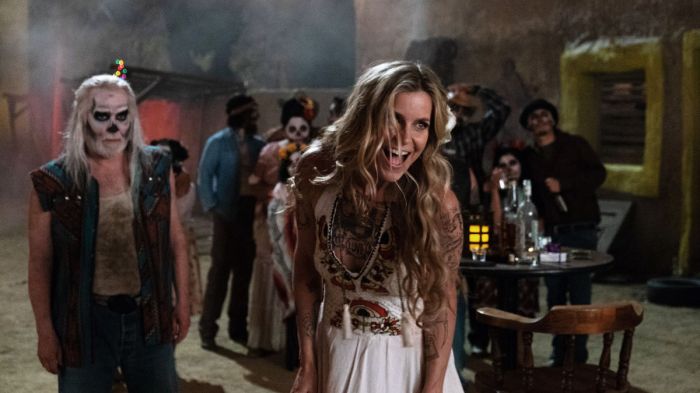 Rob Zombie has delivered yet another super stylish film and whilst he might not hit the top slot with every film, I love the fact that the film world has directors such as Rob out there making bonkers films. As long as Rob keeps making them, then I will keep watching them If there is a down side, then its the use of CG blood, whilst I understand that its easier and probably cheaper to use CG blood, it does take you out of the 70s style filmmaking that we love Rob Zombie for.But even with that CG blood soaked detail. Thats not going to take away any points that I award 3 From Hell. Its a fun addition to The Firefly Saga.
Starring Sheri Moon Zombie (Lords of Salem, The Devil’s Rejects), Bill Moseley (The Texas Chain Saw Massacre 2, The Devil’s Rejects), Sid Haig (Bone Tomahawk, The Devil’s Rejects), Richard Brake (31, Mandy), Dee Wallace (Critters, The Howling) and Danny Trejo (Machete, From Dusk Till Dawn). 3 From Hell is written and directed by Rob Zombie. 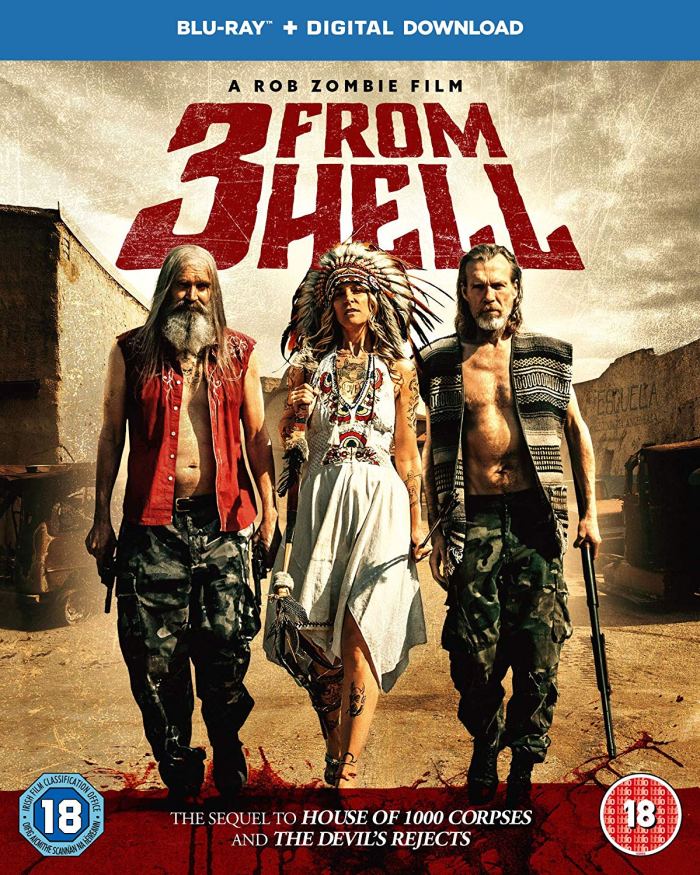 3 From Hell is on Digital Download, Blu-ray™ and DVD from 14 October from Lionsgate UK