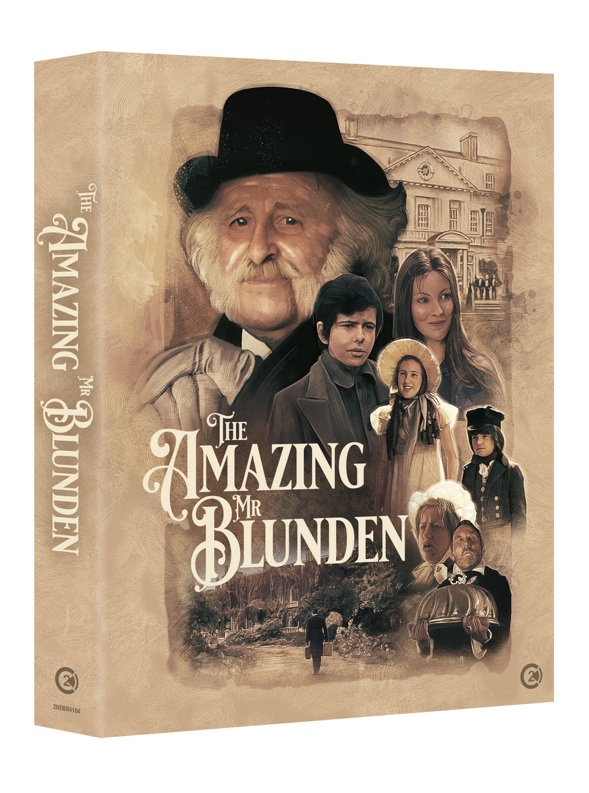 Lauded by Mark Kermode as one of his Top 20 Children’s Films in The Observer, The Amazing Mr Blunden is set for a brand-new Limited Edition Blu-ray release courtesy of Second Sight in time for Christmas.

Adapted from Antonia Barber’s novel The Ghosts by celebrated director Lionel Jeffries (The Railway Children) who also helms this mesmerising family classic, The Amazing Mr Blunden arrives in a stunning collector’s edition, with a brand-new scan and restoration and rigid slipcase with new artwork by Rich Davies. It includes Barber’s original out-of-print source novel exclusively reproduced for this release, a soft cover book with new essays by new essays by Kevin Lyons and Kim Newman, plus a reversible poster with new and original artwork.

The slew of special features includes audio commentaries and cast interviews, an exclusive new interview with famous fan Mark Gatiss and much more, please find full details attached. It will be released on 9 December 2019.

The mysterious but kindly solicitor Mr Blunden visits Mrs Allen and her young children, offering her the position of caretaker at a derelict country mansion. More surprises are in store when the children encounter the ghosts of two former young residents and find themselves transported back in time to help their new friends right a 100-year-old wrong.

‘Like a family friendly Hammer horror…atmospheric, interesting and well-made’