Its nearly time. Its nearly time. Its nearly time. Its a great start to horror month as I see lots of you watching creepy films and sharing your viewing choices on social media. For the next few weeks, hundreds of not thousands of horror films will be watched by genre fans and I shall be one of them. Its also a great month for events as on October 3rd, the 11th edition of Manchesters Grimmfest kicks off with a bang and gives film fans several days of feature films, short films, Q&A’s and signings to savour.

With way too many guests in attendance to mention, I will say that I am super excited to be meeting Pollyanna McIntosh who will be there screening her directorial debut (Darlin)and hopefully have a quick catch up with Lauren Ashley Carter (from The Woman, and Darlin) and who will be there at the screening of the film Artik. Sunday Night sees me hanging out with Jen and Sylvia Soska who showcase their film Rabid and also give what im sure will be a super energetic Q&A. This weekend is looking great. 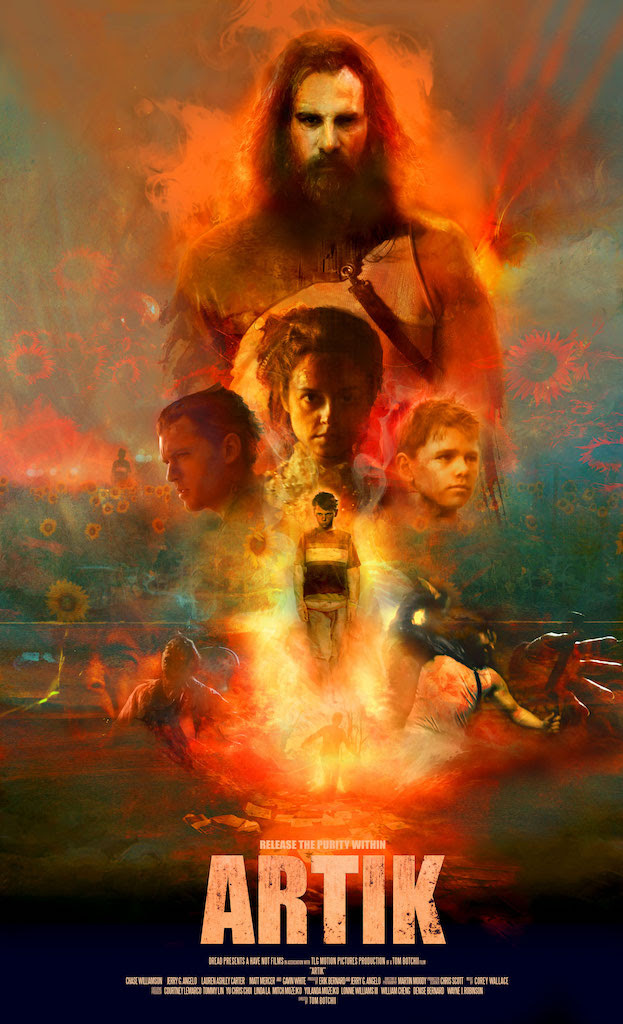 So what opens the event? This gem from Writer Director Abigail Blackmore ‘ Tales From The Lodge’ starring Mackenzie Crook and Johnny Vegas. in a story set in an isolated lodge..Five old university pals, now nudging 40, gather for a weekend to scatter the ashes of their friend, Jonesy, who drowned himself in the lake three years earlier. They settle in for a fun evening, entertaining each other with stories of murders, ghosts, zombies and possessions, but as day turns to night, the gang become aware of another horror story unfolding around them – And this one is real. Tales From The Lodge looks like a ton of fun and a great opener to a great weekend.

So whilst you sit down and wonder what to do over the next few days, perhaps over the weekend and if you are close to Manchester, then get yourself along to not only one of my favourite events, but also one of the best events around for film fans. I have been fortunate enough to attend Grimmfest a few times over the years and whilst my day job (or night job as it is now) dictates that  I cant be there all the time. I will be there when I can this weekend (and on Friday) so please say hi if you see me. You can still get tickets for the films and the opening night event. Get them here 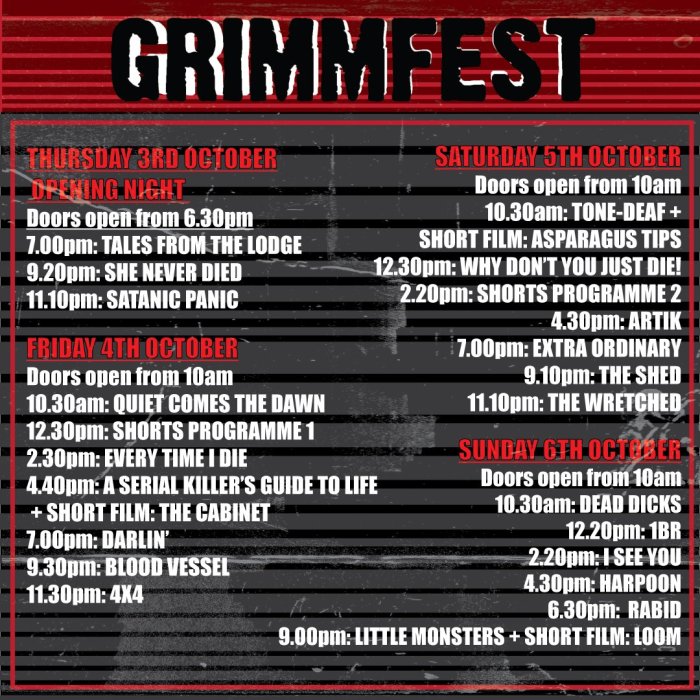