The cast and crew of the critically acclaimed Star Wars burlesque parody show The Empire Strips Back are gearing up for the start of their North American tour with the release of a brand new tour trailer starring many of the beloved characters featured in the live show. The clip features a cover of David Bowie’s “Starman” performed by Australian artist Mojo Juju.

Fresh from a sold-out six-city tour of California, The Empire Strips Back – A Burlesque Parody is returning for a six-week tour from March 30-May 4. Cities include San Diego (3/30), Riverside (3/31), Phoenix (4/2), Los Angeles (4/3), San Francisco (4/5), Kansas City (4/11), Indianapolis (4/14), Louisville (4/17), Cleveland (4/18), Detroit (4/19), Toronto (4/24-25), Montreal (4/26), Boston (4/27), Bethlehem (5/1), Philadelphia (5/2), Atlantic City (5/3) and New York City (5/4). New dates were recently added in Reno, NV (4/4) and Bakersfield, CA (4/6), with more to be announced. Tickets and VIP packages are on sale now for all shows. For more information, visit empirestripsback.com.
Featuring all of the classic Star Wars™ characters, The Empire Strips Back – A Burlesque Parody takes audiences to a galaxy far, far away, creating one of the most unforgettable (and unauthorized) theatrical versions of the beloved franchise. Combining striptease, song and dance, troupe routines and plenty of humor, audiences are transported into the world of burlesque to witness a menacing troop of seriously sexy Stormtroopers, a dangerously seductive Boba Fett, tantalizing Twi’leks, a delightfully lukewarm Taun Taun, a lady-like Skywalker, and of course, scantily clad and daring Droids. Even Darth Vader will explore her feminine side with a fantastical twist. 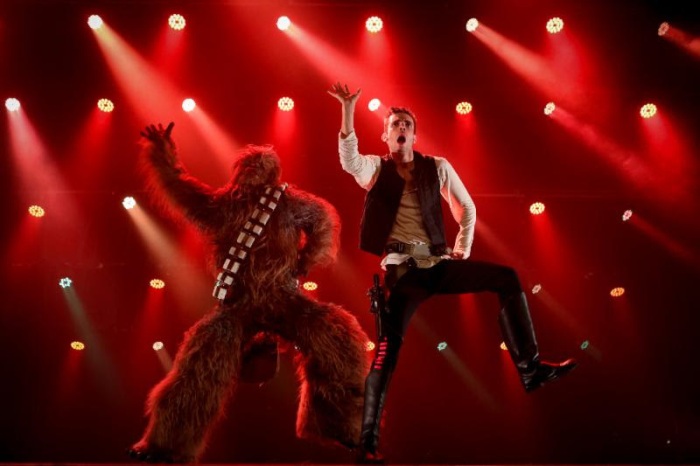