Boxer Matty Burton (played by Paddy Considine) heads int the boxing ring one last time to defend his middleweight champion ‘title’ against up and comer Andre Bryte (played by Anthony Welsh) and whilst we do hope that this works out wonderfully for Matty, we know at the back of our mind that a film of this type wont give us that super smooth happy result. 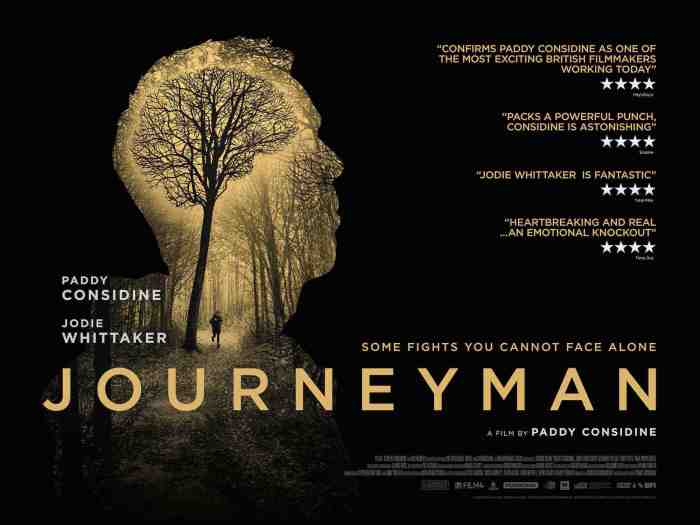 From the writer/director of 2011’s Tyrannosaur comes Journeyman, easily one of the best films I have watched this year, but also another film to add to that list of films that are  ‘super tough to watch’ but so rewarding when you do venture into the world. Paddy once again reminds us (not that we need reminding) why he is one of the UKs best actors, filmmakers and writers with this hard hitting (and thats not even meant to be a boxing pun) drama that whilst does feature Paddy Considine in the main role of Matty, it also showcases yet again why Jodie Whittaker  is top notch with her acting skills. 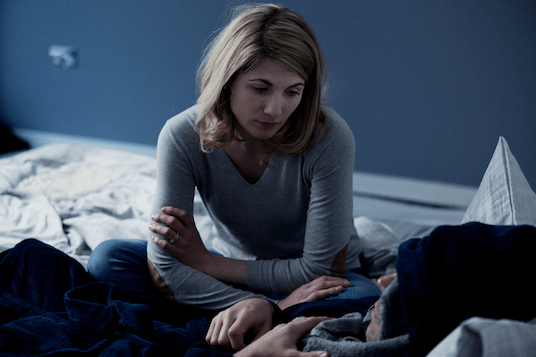 Through the film we see a huge mix of emotions from all the characters in the film, and we also feel them as an audience, sadness, happiness, grief, anger, you name it, and youll probably feel the same when you watch Journeyman. But its not just the leads of the film that are perfect. Paddy has also surrounded himself again with wonderfully realistic and talented supporting actors such as Paul Popplewell (who also appeared in the 2011 film Tyrannosaur). Here Paul takes on the role of Jackie, Mattys friend who understandably films it touch to see his friend in a very different state than has done for previous years. Paul is one of my favourite character actors who may do small roles in lots of films but is always a delight when he does pop up on screen (as he has in Black Mirror, ’71, Spike Island, and ID2:Shadwell Army to name a few) 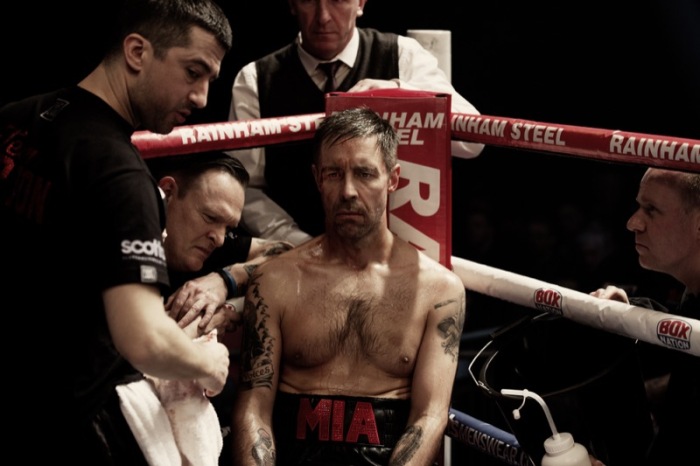 The same goes for Matt Insley (who plays Matt (not Matty)) who plays the role so realistically, we do empathize with him yet love to think that were we in Matt’s place, we would do things differently (but I dont think we would do them differently) Matt has only appeared in two films to date, but I do hope to see him in a few more films. 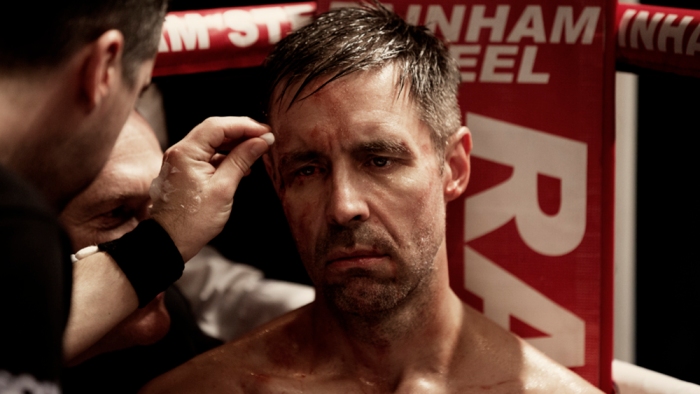 I cant say enough good things about Journeyman, and whilst it doesnt have the popcorn feel of a Rocky movie, its certainly one of the best and probably realistic films about the sport of boxing that is in existence and with some of the best performances I have watched this year, its films like Journeyman that remind me why I love film so much. I did hear a rumour (but havent looked into it) that Paddy wont direct any more films after Journeyman and whilst I of course respect his decision, I think that would be a huge shame as he has shown the world and all who have seen his films, that he is one of the best directors out there who makes such emotional films. We need more films like that and Paddy. You have done that every time you have made a story come to life.

Journeyman is out on DVD now, and also available on Amazon Prime