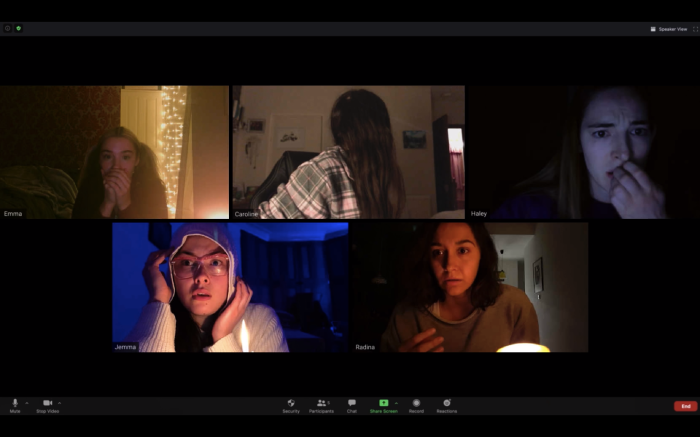 Hereditary meets Unfriended in one of the creepiest films of the year HOST (a Shudder Original). HOST is released in UK and Irish cinemas and on digital platforms on 4th December (courtesy of Vertigo Releasing) but for those who can’t wait, the film will be previewing at the BFI Southbank and Prince Charles Cinema during October, and in selected cinemas nationwide for Halloween.

HOST is that rarest of things – an ingenious, original horror that delivers the frights, whilst keeping you nailed to your seat. It guarantees sweaty palms, fingernails chewed to stumps, sleepless nights and an aversion to online conference calls (all of which are included in the price of the ticket or rental). Hailed as “genuinely effective” by The Guardian and “a high-concept horror that’ll blow you away, 5 stars” by The Sun, HOST is currently 100% fresh on Rotten Tomatoes – alongside Citizen Kane (also made by a prodigiously talented twenty-something) and above Jaws, Alien and The Exorcist.

HOST is directed by Rob Savage and produced by Douglas Cox of Shadowhouse Films. Savage wrote the script alongside Jed Shepherd and Gemma Hurley, and stars Haley Bishop, Radina Drandova, Jemma Moore, Caroline Ward, Emma Webb and Edward Linard.  British director Savage was inspired to make his Zoom-based horror after a conversation with a medium, who told him that during the COVID-19 pandemic business has been booming. As HOST was both conceived and made during the pandemic, all filming had to happen remotely, so the actors had to become camera operators and special effects technicians. 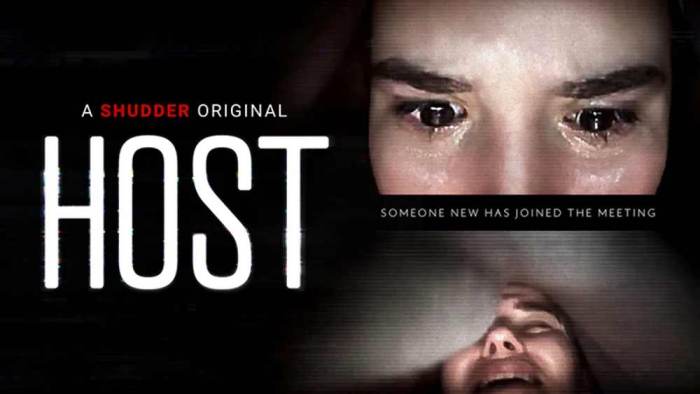 Six friends get together during lockdown for their weekly zoom call. It’s Haley’s turn to organise an activity and instead of a quiz, she’s arranged for a medium to conduct a séance. Bored and feeling mischievous, Jemma decides to have some fun and invents a story about a boy in her school who hanged himself. However, her prank gives license for a demonic presence to cross over, taking on the guise of the boy in Jemma’s made-up story. The friends begin noticing strange occurrences in their homes as the evil presence begins to make itself known, and they soon realise that they might not survive the night. A SHUDDER ORIGINAL. 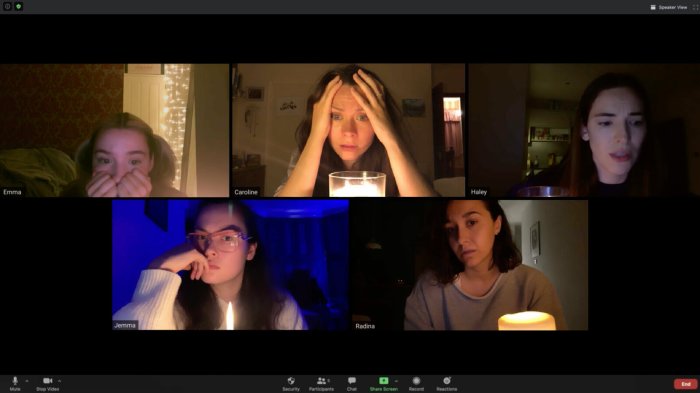