Set in a dystopian wasteland, which is strewn with plastic waste. Here, a disheveled man lives in perpetual isolation –

This is the story of The Ebb Tide, a film currently in production in the UK.

The beach and ocean are strewn with plastic and only a few frail weeds grow between the piles of refuse. He spends his days rooting in the waste below a glaring sun. As the land around him falls into ruin and decay, the man has survived through conservation and isolation. That is until, one day, a woman is washed ashore and for her, survival is not enough.

The current environmental crisis is informing not just the world of The Ebb Tide but also the production process of the team behind this film. Whilst wanting to tell an important story and promote the beauty and worth of sustainable filmmaking. The team are also fully aware that that much of the filmmaking world isn’t the most environmentally friendly of businesses and they are looking to make their own carbon footprint far smaller than it would be if they didnt focus on environmental sustainability.

The team is focussing on minimising its carbon footprint, at all stages of production and within all departments too. With the help of ‘BAFTA Albert+’, a UK organisation for environmental sustainability for film and TV, our team has completed carbon literacy and sustainable film-making training and from this, they have created department tailored ‘Green Goals’ to make the production as green as possible! Some of their ‘Green Goals’ include; no single use plastic on set, purchase preloved materials and using rechargeable batteries.

They are also the first production from their university to focus on sustainability throughout its creation, which is very exciting and important to to them, considering the nature of the current climate and the world of their film. This is a creative challenge for them but one they are ready to embark upon; and they hope that the film will in some way evoke their audience response to our planet’s current environmental crisis.

They are currently fundraising (for a very small amount) and you can find their page here:- https://www.gofundme.com/f/the-ebb-tide-enviromental-film 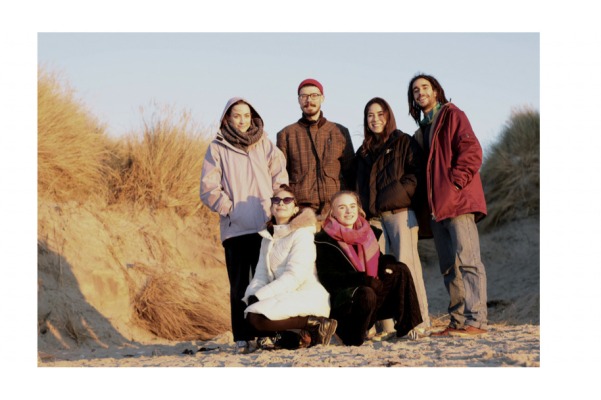