The Criterion Collection and Sony Pictures Home Entertainment are delighted to confirm the titles to be released in February 2020.

On 24 February, for the first time in the UK,  both the Blu-ray and DVD release of ROMA. With his eighth and most personal film, ALFONSO CUARÓN (Children of Men) recreated the early-1970s Mexico City of his childhood, narrating a tumultuous period in the life of a middle-class family through the experiences of Cleo (YALITZA APARICIO, in a revelatory screen debut), the indigenous domestic worker who keeps the household running. Charged with the care of four small children abandoned by their father, Cleo tends to the family even as her own life is shaken by personal and political upheavals. Written, directed, shot, and coedited by Cuarón, Roma is a labor of love with few parallels in the history of cinema, deploying monumental black-and white cinematography, an immersive soundtrack, and a mixture of professional and nonprofessional performances to shape its author’s memories into a world of enveloping texture, and to pay tribute to the woman who nurtured him. 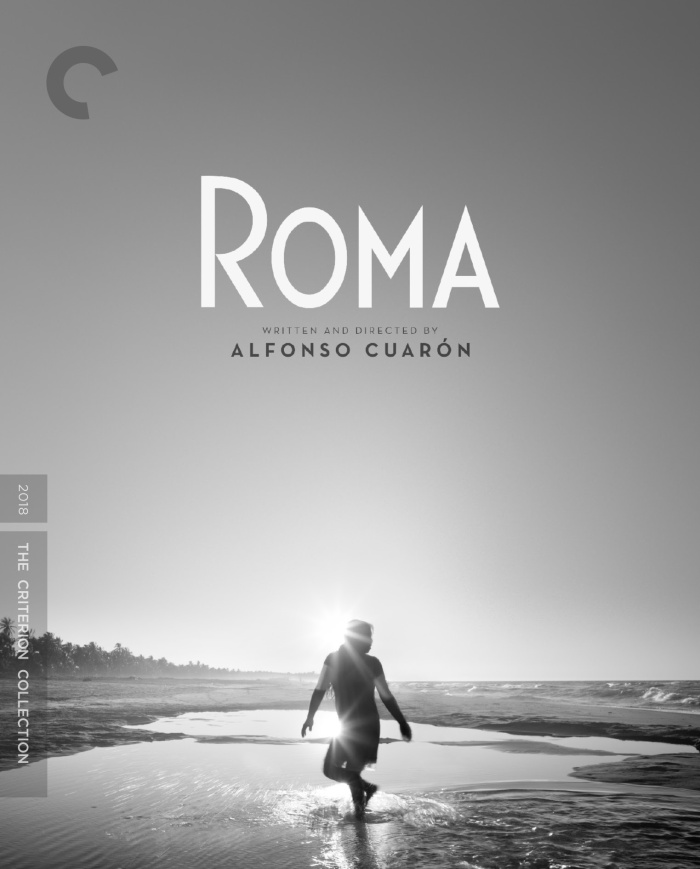 Whilst Roma can be found on Netflix, these special features cant, so check them out.

Road to “Roma,” a new documentary about the making of the film, featuring behind-the-scenes footage and an interview with Cuarón

Nothing at Stake, a new video essay by filmmaker :: kogonada

Alternate French subtitles and Spanish SDH for the film

PLUS: Essays by novelist Valeria Luiselli and historian Enrique Krauze, along with (Blu-ray only) writing by author Aurelio Asiain Córdova and
production-design images with notes by Caballero

On 3 February FAIL SAFE This unnerving procedural thriller painstakingly details an all-too-plausible nightmare scenario in which a mechanical failure jams the United States military’s chain of command and sends the country hurtling toward nuclear war with the Soviet Union. Working from a contemporary best seller, screenwriter WALTER BERNSTEIN (The Front) and director SIDNEY LUMET (Network) wrench harrowing suspense from the doomsday fears of the Cold War era, making the most of a modest budget and limited sets to create an atmosphere of clammy  claustrophobia and astronomically high stakes. Starring HENRY FONDA (12 Angry Men) as a coolheaded U.S. president and WALTER MATTHAU (Charade) as a trigger-happy political theorist, Fail Safe is a long-underappreciated alarm bell of a film, sounding an urgent warning about the deadly logic of mutually assured destruction

Special Features on Fail Safe are the following,

PLUS: An essay by critic Bilge Ebiri

Following on 17 February THE ESSENTIAL JACQUES DEMY features six of his films made from the sixties to the eighties. 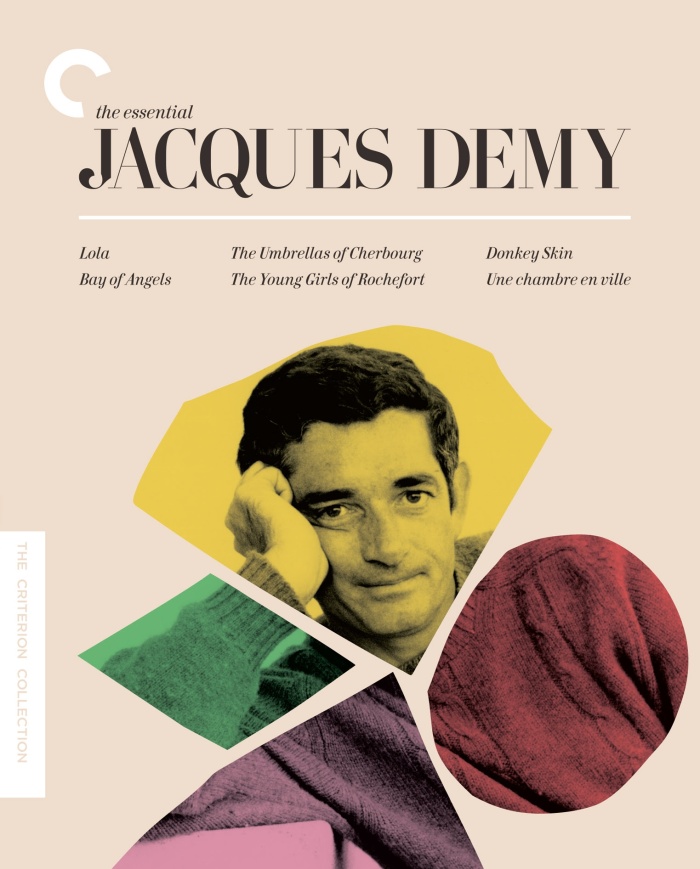 French director JACQUES DEMY didn’t just make movies — he created an entire cinematic world. Demy launched his glorious feature filmmaking career in the sixties, a decade of astonishing invention in his national cinema. He stood out from the crowd of his fellow New Wavers, however, by filtering his self-conscious formalism through deeply emotional storytelling. Fate and coincidence, doomed love, and storybook romance surface throughout his films, many of which are further united by the intersecting lives of characters who either appear or are referenced across titles. Demy’s films—which range from musical to melodrama to fantasia—are triumphs of visual and sound design, camera work, and music, and they are galvanized by the great stars of French cinema at their centers, including ANOUK AIMÉE, CATHERINE DENEUVE, and JEANNE MOREAU. The works collected here, made from the sixties to the eighties, touch the heart and mind in equal measure.

LOLA
JACQUES DEMY’s crystalline debut gave birth to the fictional universe in which so many of his characters would live, play, and love. It’s among his most profoundly felt films, a tale of crisscrossing lives in Nantes (Demy’s hometown) that floats on waves of longing and desire. Heading the film’s ensemble is the enchanting ANOUK AIMÉE (8 1/2) as the title character, a cabaret chanteuse; she’s awaiting the return of a long-lost lover and unwilling to entertain the adoration of another love-struck soul, the wanderer Roland (Le trou’s MARC MICHEL). Humane, wistful, and witty, Lola is a testament to the resilience of the heartbroken.

THE UMBRELLAS OF CHERBOURG
An angelically beautiful CATHERINE DENEUVE (Belle de jour) was launched into stardom by this glorious musical heart tugger from JACQUES DEMY. She plays an umbrella-shop owner’s delicate daughter, glowing with first love for a handsome garage mechanic, played by NINO CASTELNUOVO (The English Patient). When the boy is shipped off to fight in Algeria, the two lovers must grow up quickly. Exquisitely designed in a kaleidoscope of colors, and told entirely through the lilting songs of the great composer MICHEL LEGRAND, The Umbrellas of Cherbourg is one of the most revered and unorthodox movie musicals of all time.

THE YOUNG GIRLS OF ROCHEFORT
JACQUES DEMY followed up The Umbrellas of Cherbourg with another musical about missed connections and second chances, this one a more effervescent confection. Twins Delphine and Solange, a dance instructor and a music teacher (played by real-life sisters CATHERINE DENEUVE and FRANÇOISE DORLÉAC), dream of big-city life; when a fair comes through their quiet port town, so does the possibility of escape. With its jazzy MICHEL LEGRAND score, pastel paradise of costumes, and divine supporting cast (GEORGE CHAKIRIS, GROVER DALE, DANIELLE DARRIEUX, MICHEL PICCOLI, and GENE KELLY), The Young Girls of Rochefort is a tribute to Hollywood optimism from sixties French cinema’s preeminent dreamer.

DONKEY SKIN
In this lovingly crafted, wildly quirky adaptation of a classic French fairy tale, JACQUES DEMY casts CATHERINE DENEUVE as a princess who must go into hiding as a scullery maid in order to fend off an unwanted marriage proposal— from her own father, the king (Orpheus’s JEAN MARAIS)! A topsy-turvy riches-to-rags fable featuring songs by MICHEL LEGRAND, Donkey Skin creates a tactile fantasy world that’s perched on the border between the earnest and the satiric, and features DELPHINE SEYRIG (Last Year at Marienbad) in a delicious supporting role as a fashionable fairy godmother.

UNE CHAMBRE EN VILLE
In this musical melodrama set against the backdrop of a workers’ strike in Nantes, DOMINIQUE SANDA (The Conformist) plays a young woman who wishes to leave her brutish fiancé (Contempt‘s MICHEL PICCOLI) for an earthy steelworker (The Valet’s RICHARD BERRY), though he is engaged to another. Unbeknownst to the girl, the object of her affection boards with her no-nonsense baroness mother (The Earrings of Madame de . . .’s DANIELLE DARRIEUX). A late-career triumph from JACQUES DEMY, Une chambre en ville received nine César Award nominations and features a rich, operatic score by MICHEL COLOMBIER (Purple Rain).

The special feature list for this set is as follows.

Two documentaries by filmmaker Agnès Varda: The World of Jacques Demy (1995) and The Young Girls Turn 25 (1993)

Two archival interviews from French television with Demy and composer Michel Legrand, one on The Umbrellas of
Cherbourg and the other on The Young Girls of Rochefort

French television program about the making of Donkey Skin

“Donkey Skin” Illustrated, a video program on the many versions of Charles Perrault’s fairy tale

“Donkey Skin” and the Thinkers, a video program on the themes of the film, featuring critic Camille Tabouley

Q&A with Demy from the 1987 Midnight Sun Film Festival, as well as an audio Q&A with him from the American Film
Institute in 1971

Archival audio recordings of interviews with Demy, Legrand, and actor Catherine Deneuve at the National Film
Theatre in London

Interview with actor Anouk Aimée conducted by Varda in 2012

Video programs on the restorations of Lola, Bay of Angels, The Umbrellas of Cherbourg, and Une chambre en ville

So a great month in February for Criterion collectors. Lets see what March brings!