Science-fiction thriller Beacon Point has been picked up for distribution by Home Entertainment and Theatrical Film Distributor Uncork’d Entertainment.
The film, called “an intelligent and interestingly innovative inferno of horror, science fiction, folklore and thrills”, is the brainchild of rising newcomer Eric Blue.
Uncork’d Entertainment President Keith Leopard says audiences are “in for a treat here. As those that caught the film on the festival circuit earlier this year will attest to, Eric Blue has crafted a very unique and rather captivating science fiction film.” 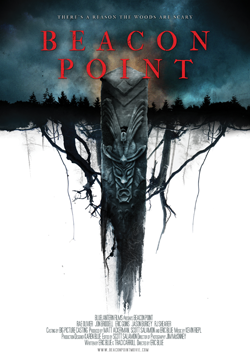 “We are excited to be working with Uncork’d on the release of Beacon Point domestically,” says Blue. “They have a great reputation and track record.”
The Georgia-produced chiller, produced by Blue Lantern Films, is will be released sometime in 2017.
Zoe has quit her job to hike the Appalachian Trail as a tribute to her deceased father. She joins a small group of inexperienced hikers for an adventure of a lifetime. The group is, Dan, recently divorced and looking for a change from Silicon Valley, Cheese, a 17 year old kid, and Brian, his half brother he has just met. They are led by Drake, a hot headed trail master with a questionable past. They are upbeat as they set out on the ten day trek through the Great Smokey Mountains. Drake leads them away from the main trail and the tourists, promising a grand adventure and sights they’d never see with the standard tour. After a gruesome discovery, they become lost deep in the mountains. The adventure spins out of control when they are terrorized at their campsite by an unseen force. 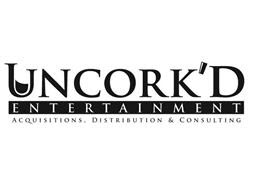