NEXT WEEK Grimmfest, as part of the BFI UK-wide season ‘Days of Fear and Wonder and The Manchester Science Festival, supported by Film Hub North West Central, present an epic MINI SCI-FI FEST featuring 6 iconic science fiction films by three of the most masterful directors working in the genre, TERRY GILLIAM, PAUL VERHOEVEN & RIDLEY SCOTT. This event will take place in the suitably awe-inspiring venue The Museum of Science and Industry in Manchester!

You can buy tickets for each individual double bill or a three night pass, saving you money and gaining you a free limited edition poster and a copy of STARBURST magazine upon arrival (While stocks last).

And of course we’ll have Sci-fi themed free raffles with great prizes on each night.

This partnership with the BFI and the Manchester Science festival offers Sci-fi geeks something really special this Halloween season. For full details go here or scroll down:http://bit.ly/1nW8527 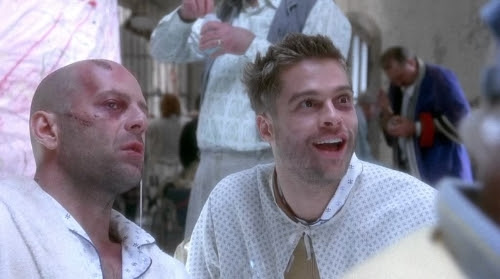 Our first night at MOSI focuses on the vast imagination of ex python Terry Gilliam with two of his finest Sci-fi moments. First up is arguably Gilliam’s finest moment, and one of the best and strangest sci-fi’s of all time BRAZIL; in this film Gilliam serves up an imaginative post-Orwellian re-imagining of 1984 that could only come from his directorial mind! Next up we present the time travelling epic starring Bruce Willis and an amazing turn from Brad Pitt in TWELVE MONKEYS, this film drops us into a future world devastated by disease where a convict is sent back in time to gather information about the man-made virus that wiped out most of the human population on the planet! Our second night at the museum hones in on one of the best Sci-fi Action film director’s in the world, Paul Verhoeven. The night kicks off with TOTAL RECALL, starring action behemoth Arnold Schwarzenegger and based on the short story ‘We Can Remember It For You Wholesale’ by Phillip K Dick, this intelligent action flick follows the story of When a man goes for virtual vacation memories of the planet Mars, an unexpected and harrowing series of events forces him to go to the planet for real, or does he? Following up is another outer space romp with STARSHIP TROOPERS, which follows a band of humans in a fascistic, militaristic future do battle with giant alien bugs in a fight for survival. Being Comedic, Brutal, and Philosophical all whilst being a superb action film really makes this epic from Verhoeven one of his best, despite not being the most famous. 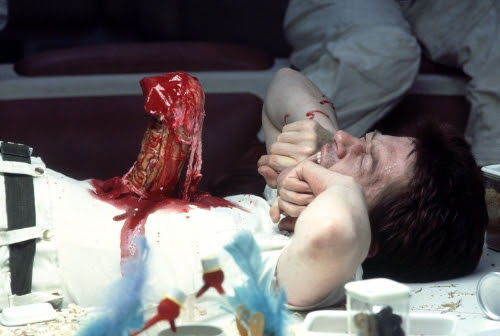 Ending our residency at MOSI on Halloween will be two classic Sci-fi Horror entries from the unrivalled Alien Saga by Ridley Scott! First up is the original chest bursting, acid blooded masterpiece ALIEN. Following The commercial vessel Nostromo, it receives a distress call from an unexplored planet. After searching for survivors, the crew heads home only to realize that a deadly bioform has joined them and terror ensues! Capping off our night is the divisive prequel to Alien, PROMETHEUS! Planting seeds for the rest of the franchise, Prometheus follows a team of explorers trying to discover a clue to the origins of mankind on Earth, leading them on a journey to the darkest corners of the universe. There, they must fight a terrifying battle to save the future of the human race.

Each evening will kick off with a special introduction from guest speakers at 6.30pm. Films will start prompt 7.00pm with a 30min interval between films.

Tickets for each special double bill event will cost £12.50 or a three event pass will cost £30.00. (Booking fees apply) Tickets can purchase on the door but to avoid disappointment we recommend pre-booking from www.grimmfest.com.

This project is supported by Film Hub North West Central as part of the BFI UK-wide season ‘Days of Fear and Wonder and THE MANCHESTER SCIENCE FESTIVAL.