Continuing my bafflement as to where some of the actors and actress that I recall being on the big screen yet are nowhere to be seen, heres is a puzzle that predates most of the other ones that I have posted.

When I was about 11 I remember seeing a film on VHS called Bronx Warriors. It was sort of a mix up between Mad Max and Walter Hills The Warriors.  Strangely enough set in the Bronx (New York) in the near future (or Im guessing present nowadays)

Its main star was a man called Mark Gregory(real name Marco Di Gregorio) and his character was called ‘Trash’ battling through various gangs to get across New York and back to The Bronx.

A sequel was filmed in 83 also starring Mark Gregory although was never as popular as the first film. Although they work wonderful as a double bill.

Mark however carved out a trilogy of films playing a Native American called Thunder in a film not unlike First Blood .

But for someone who made 10 films in 7 years, the puzzling bit is that in 1989, Mark Gregory just vanished from our screens. The last project he worked on was 1989s Afghanistan:The last war bus. Then nothing. 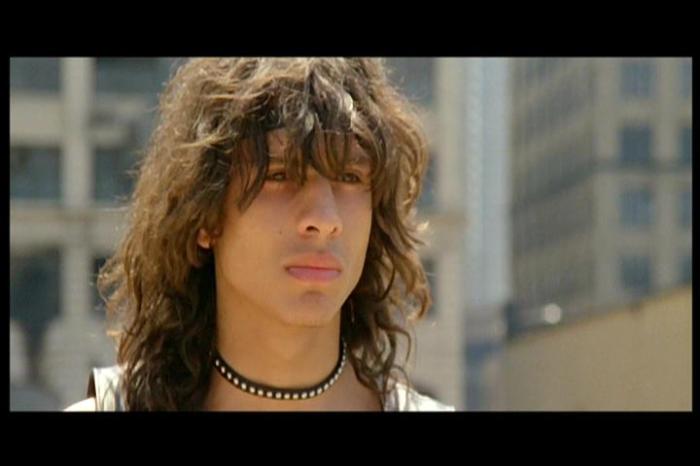 Marks wiki page has been deleted, His IMDB is pretty bare although a few people have left questions about where Mark has gone to.  One posting seemed  to indicate that ‘Mark was an marketing specialist living in the Milan area.’ however after this article has been circulating for several years, I have seen some comments which bring up the true ‘What Happened to Mark Gregory’ story to a very sad conclusion.

As reported by Cinema Italiano Database) Mark Gregory passed away in 2013( January 31st )  (apparently the cause was suicide) Mark was living a recluse life just outside of Rome (in a place called Castel Madama) and died penniless)  very sad news (but thanks to those who commented and updated me on this news. Mark shall be missed.

According to this website, they have heard according to someone else (yes I know…talk about a rumour mill)

Finally, after extensive research, a fan managed to track him down: he still lives in Rome, where he is the manager of a company that specializes in personal growth.  No, he won’t do an interview.  He doesn’t want to be disturbed.

I dont condone stalking or trying to find someone who doesnt want to be disturbed. But Actor Mark Gregory had so many fans and Im sure they would love to know he is okay.

12 thoughts on “What happened to Mark Gregory?”